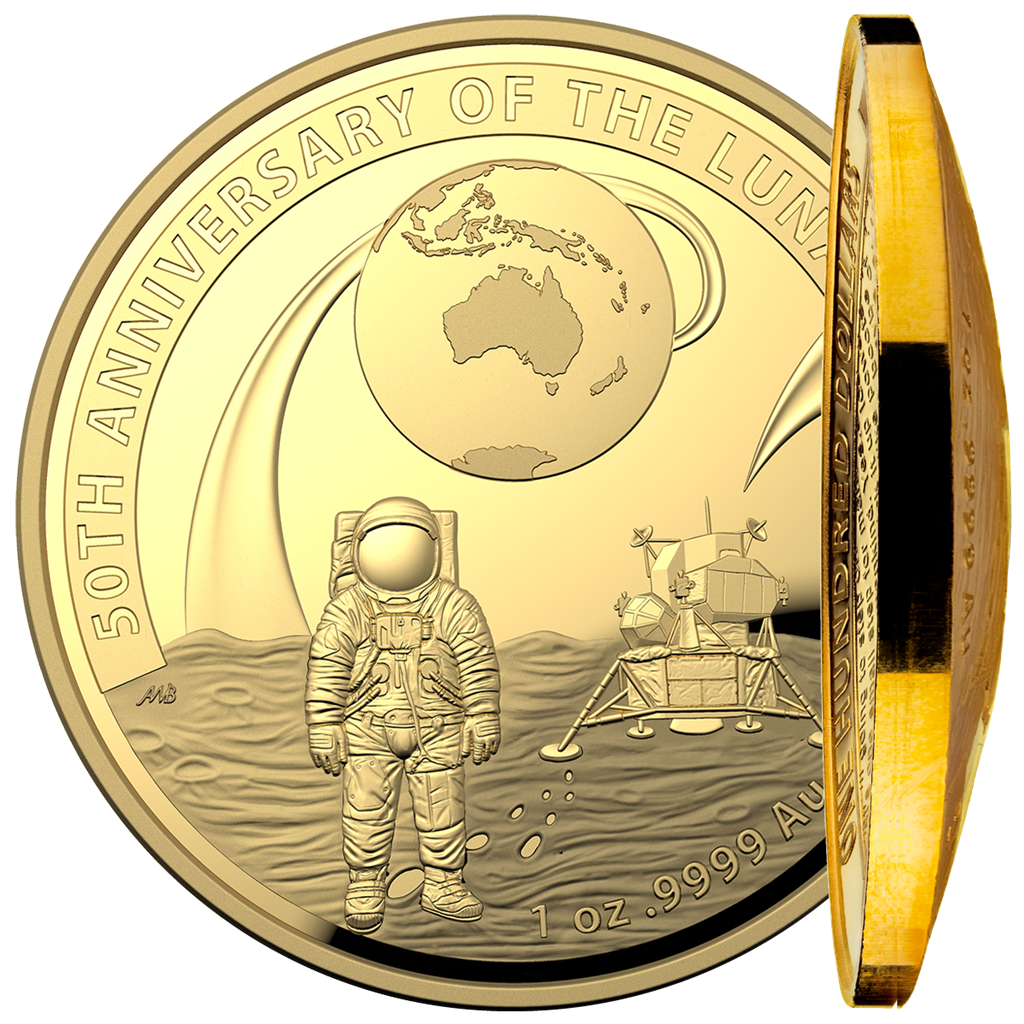 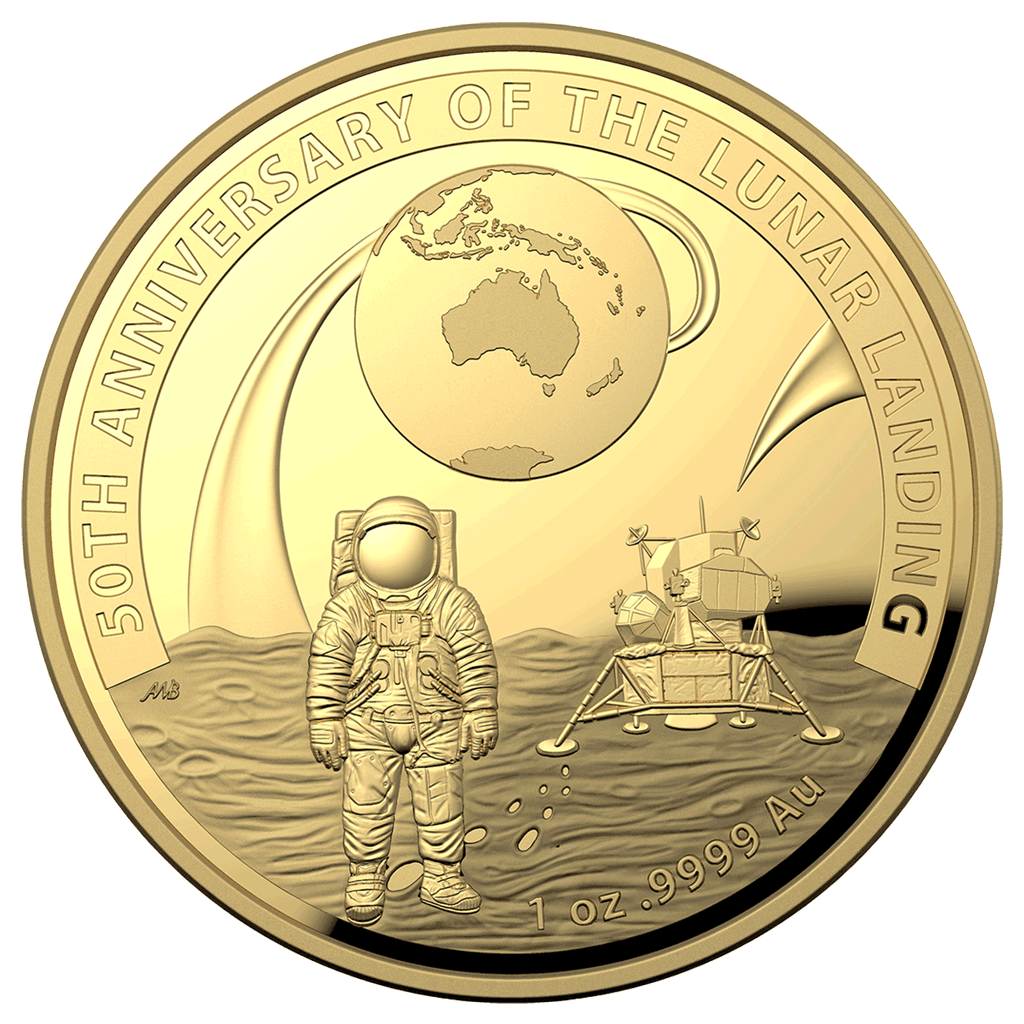 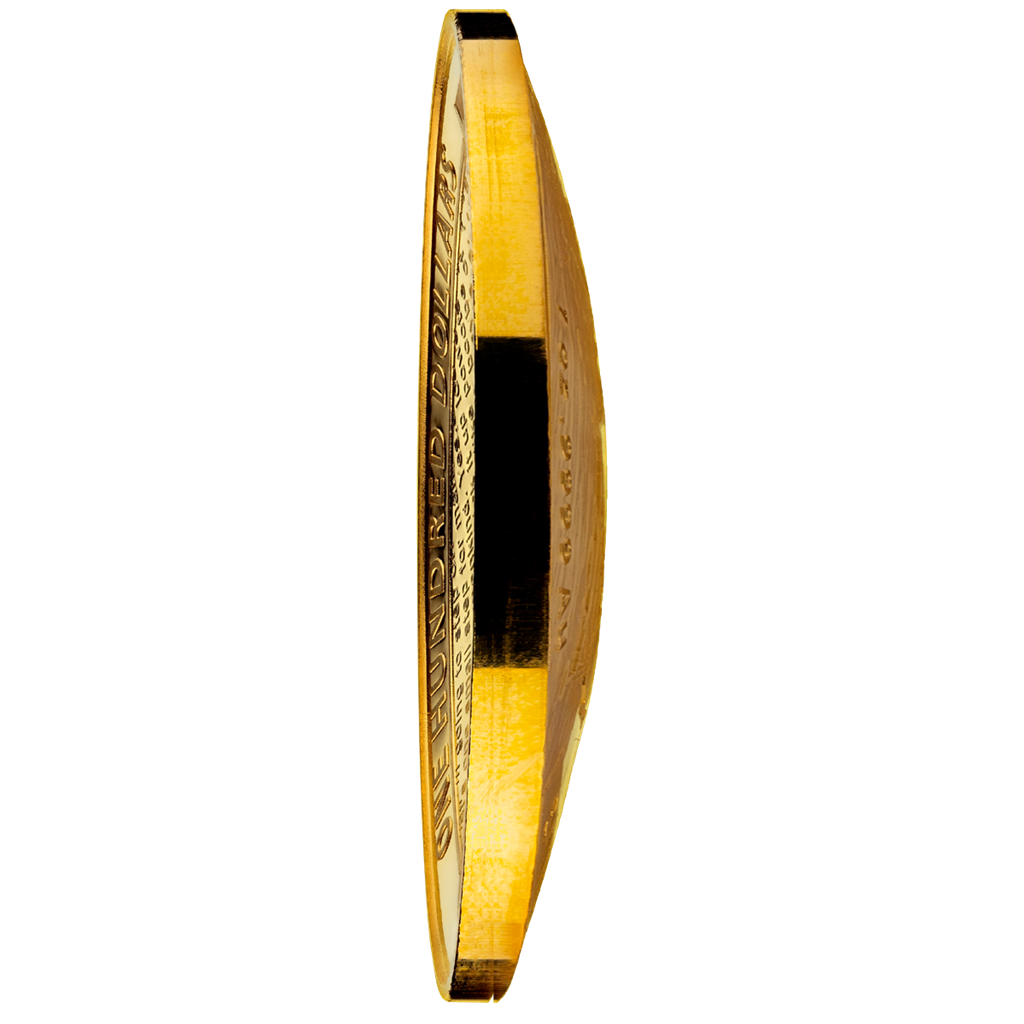 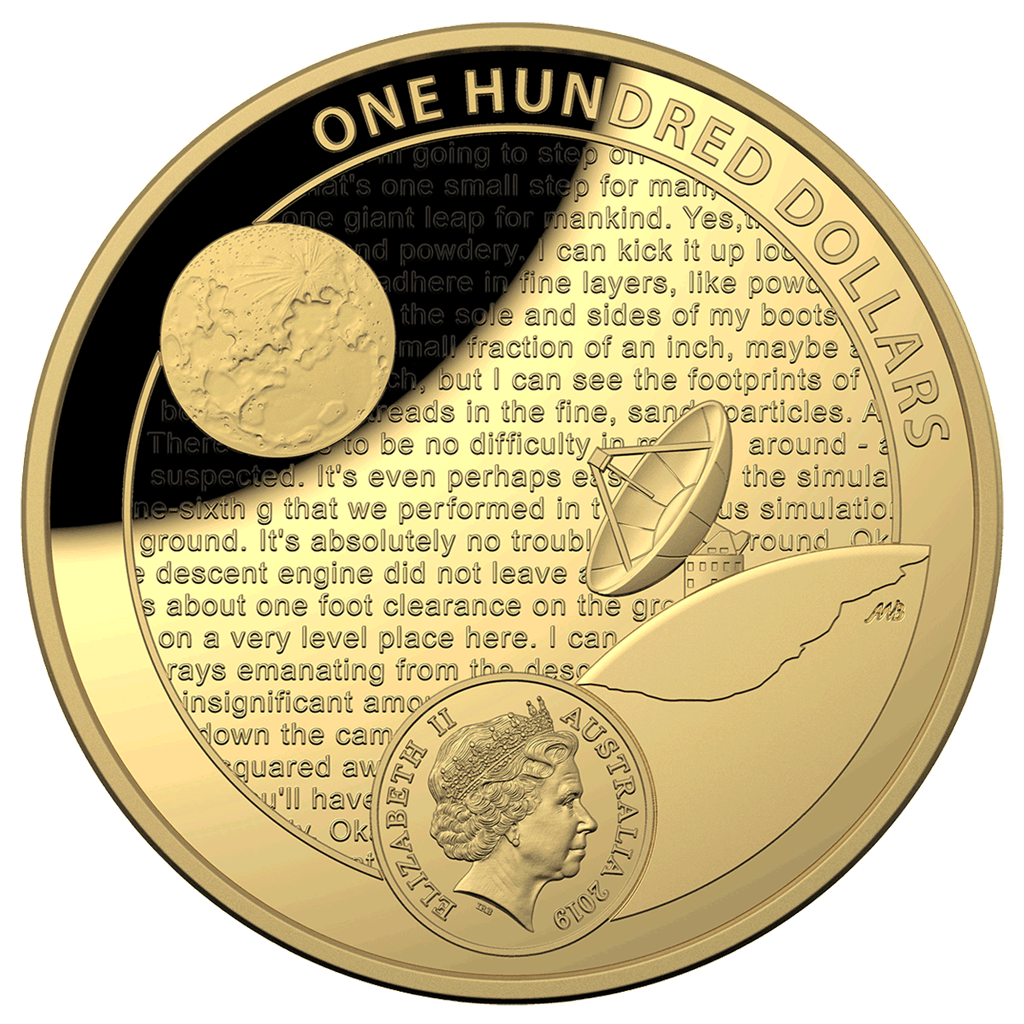 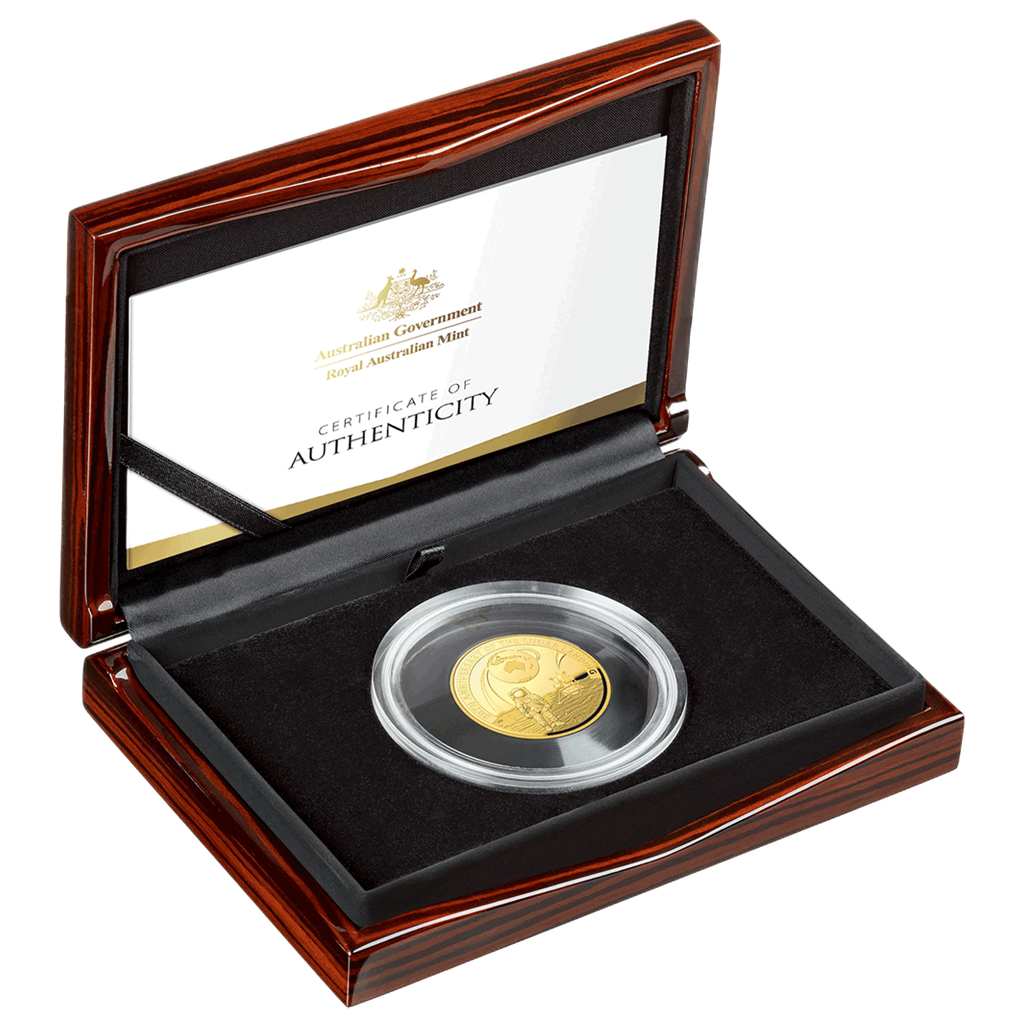 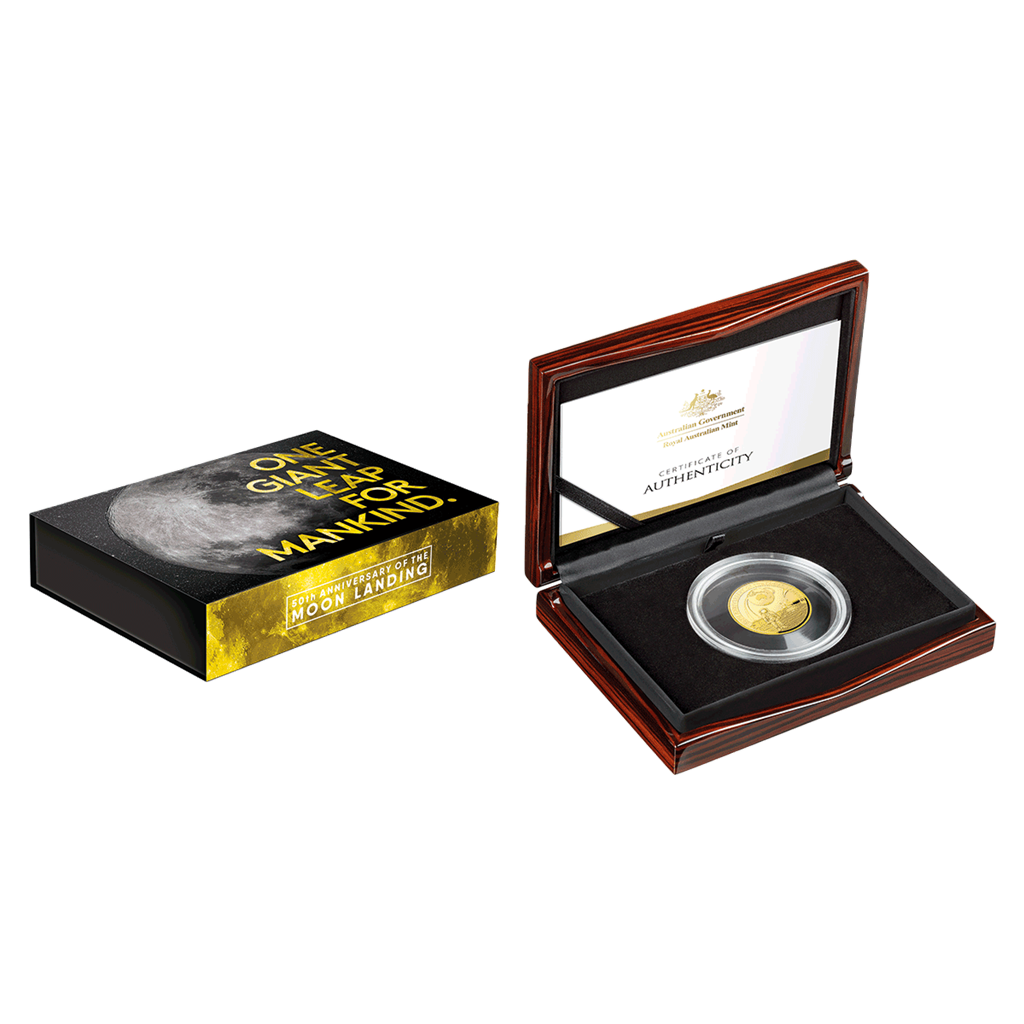 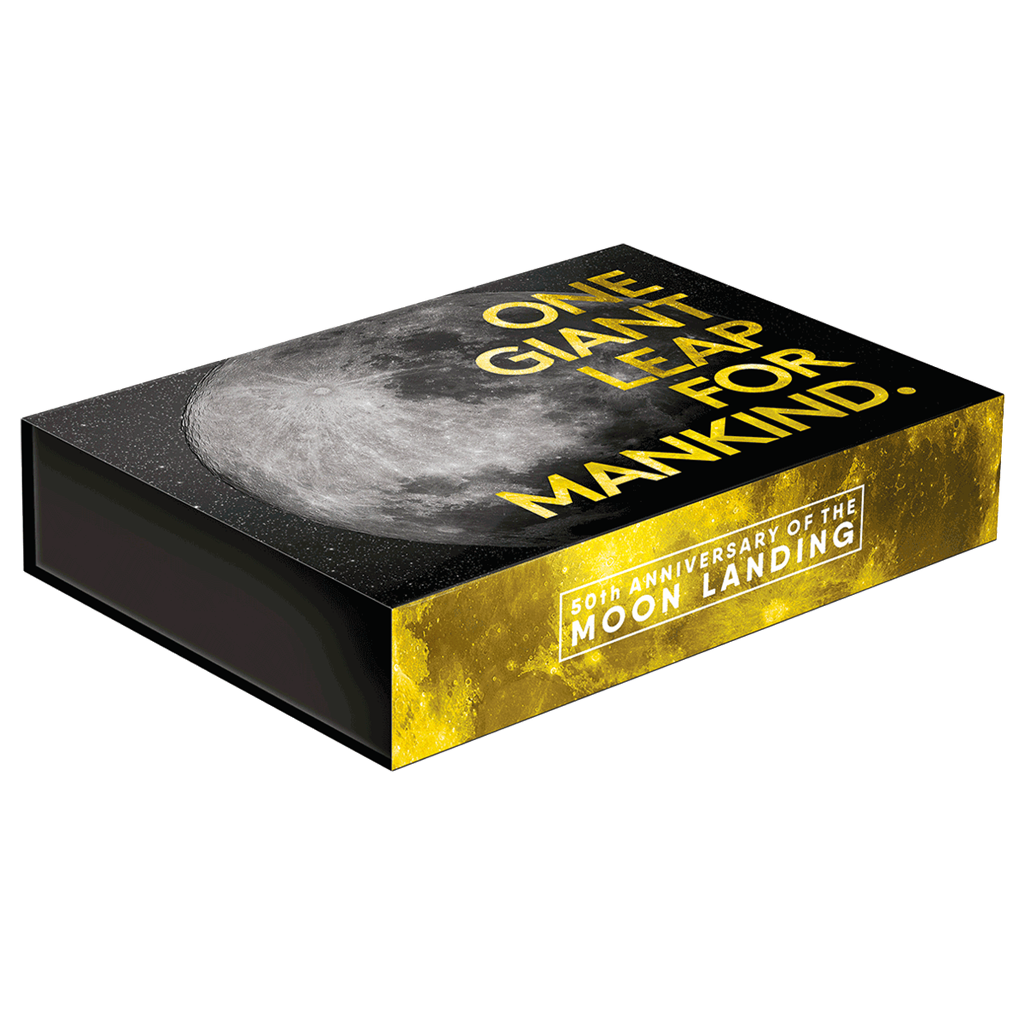 One giant leap for mankind: In 2019, we mark the 50th anniversary of moon landing, which is considered one of humanity's most important moments of endeavour. With this 2019 $ 100 gold proof dome shaped coin the Royal Australian Mint commemorates the Apollo 11 lunar landing. The motive features an Apollo 11 astronaut and the legendary lunar module with the earth visible in the sky. The reverse shows the historic Parkes antenna pointed on the moon. This strictly limited gold coin is delivered in the original box including a numbered certificate of authenticity from the Royal Australian Mint.