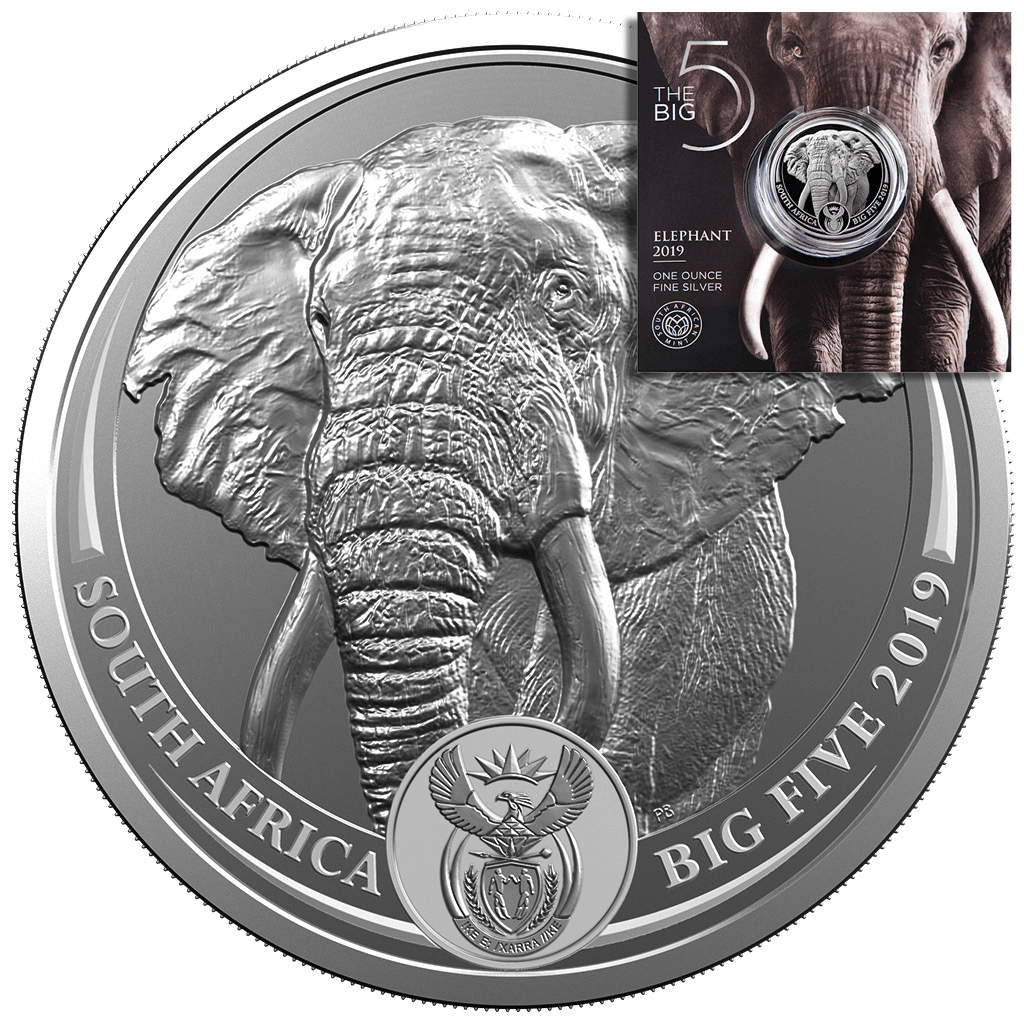 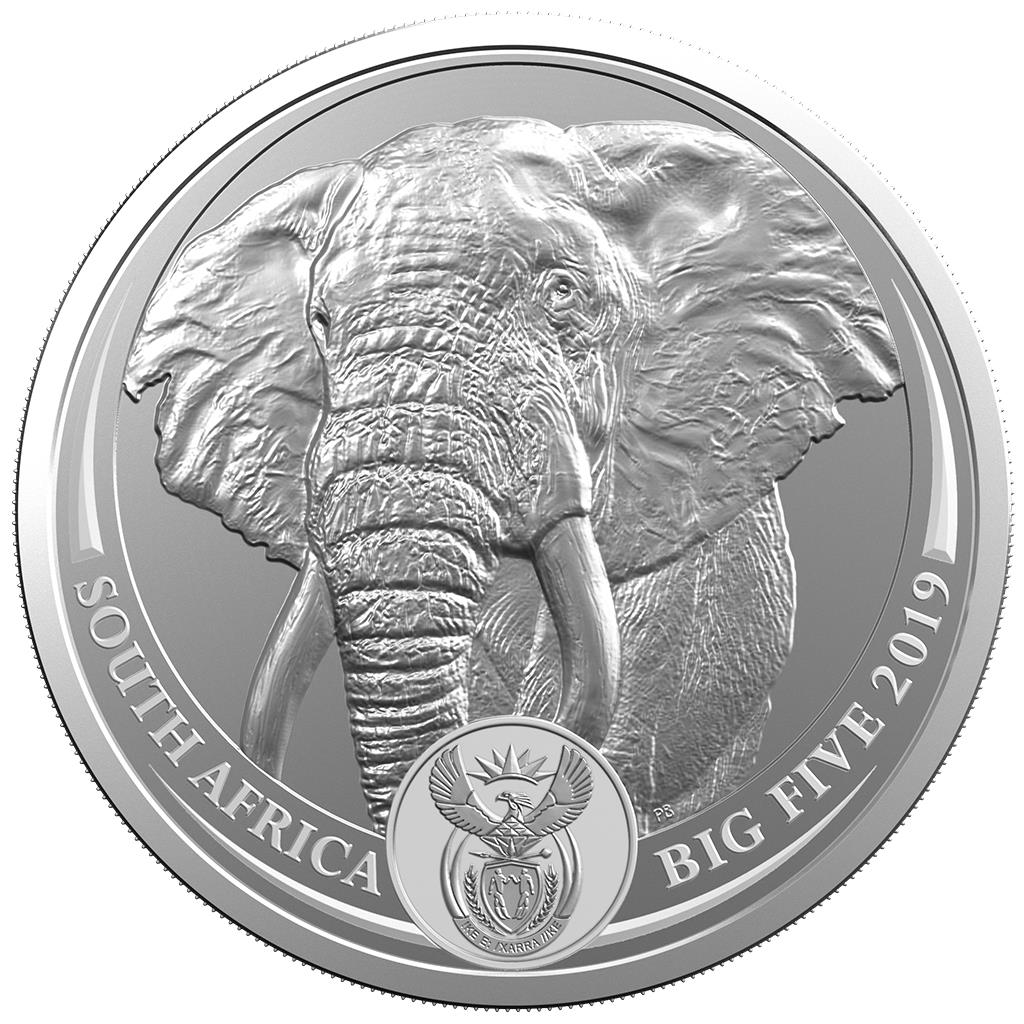 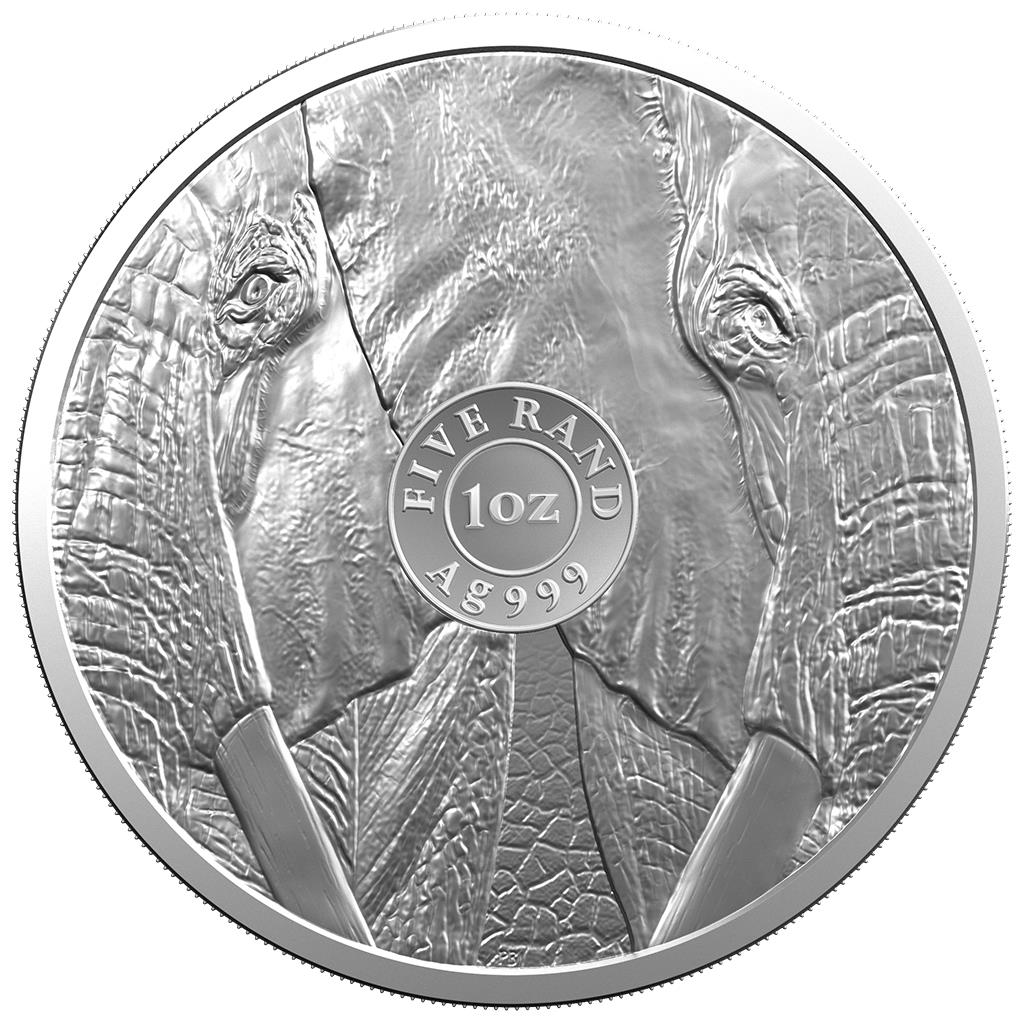 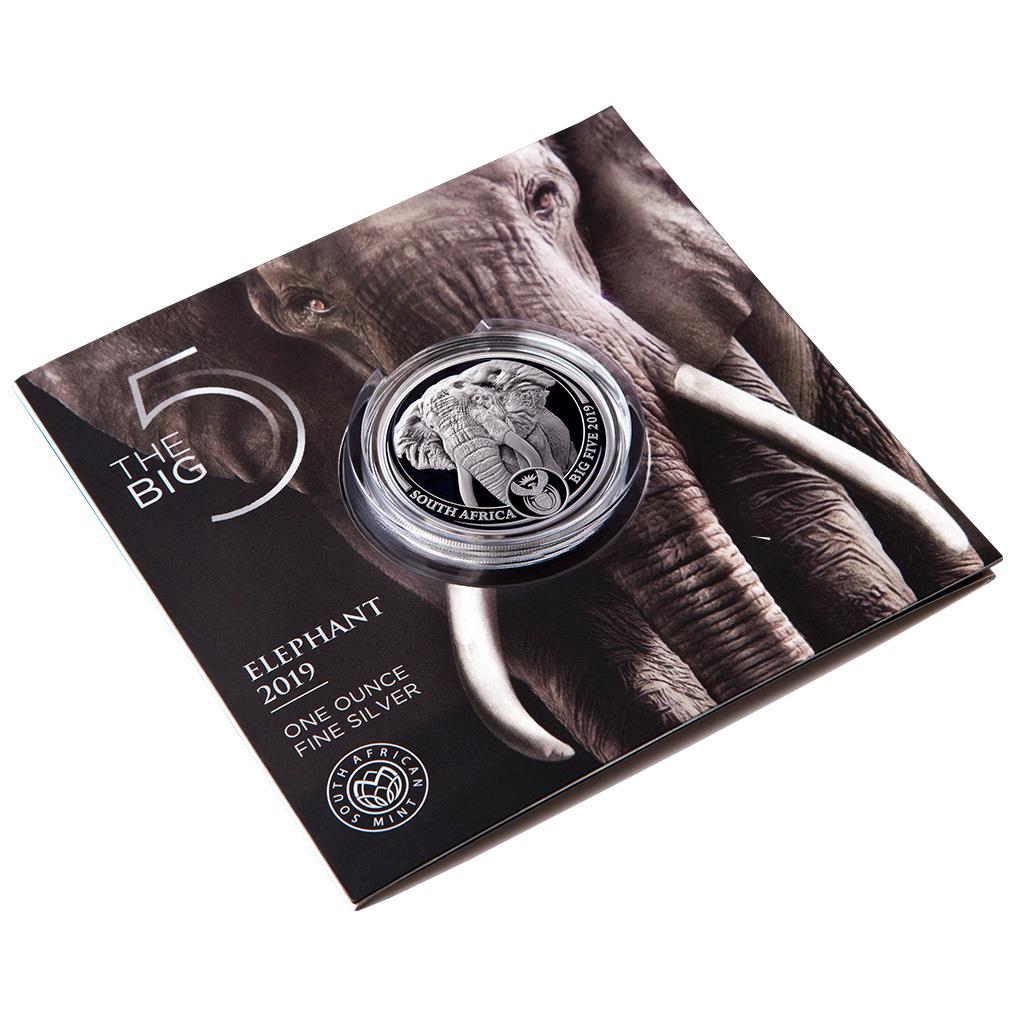 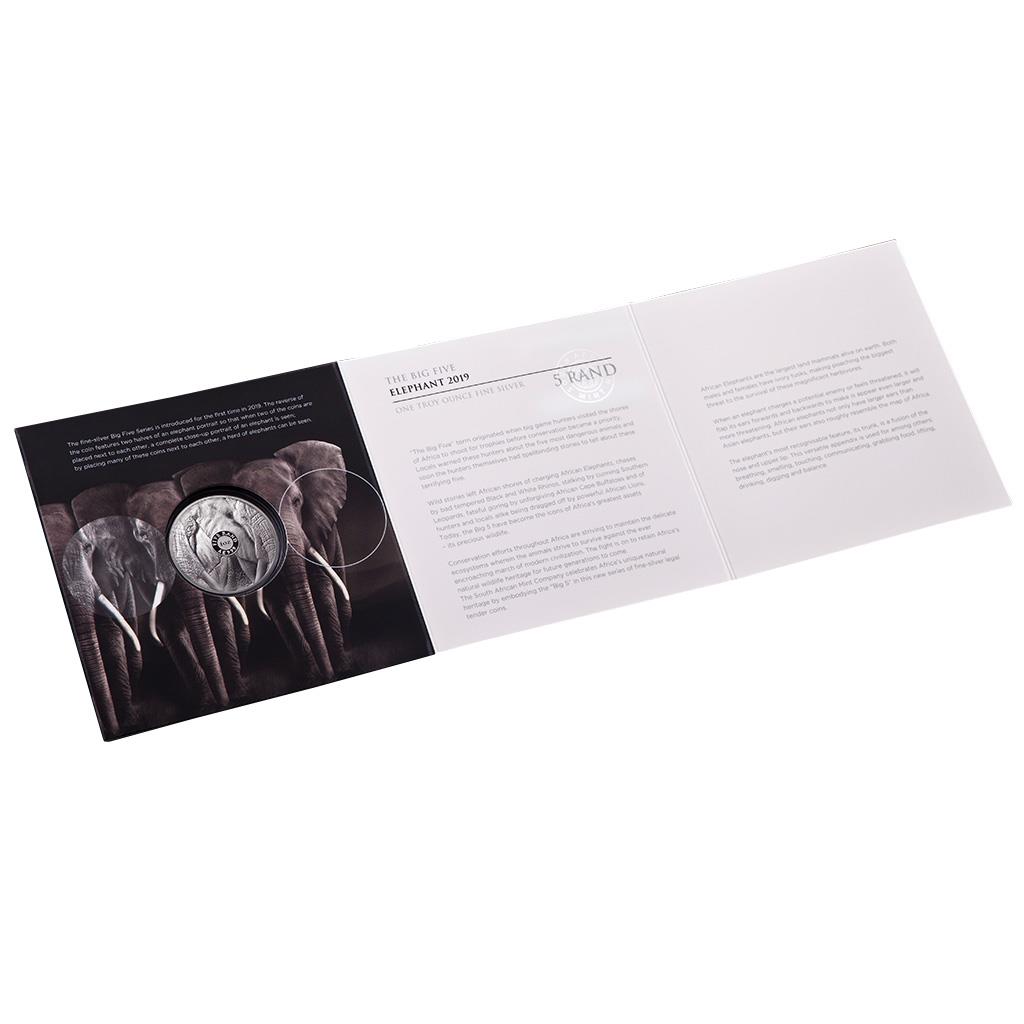 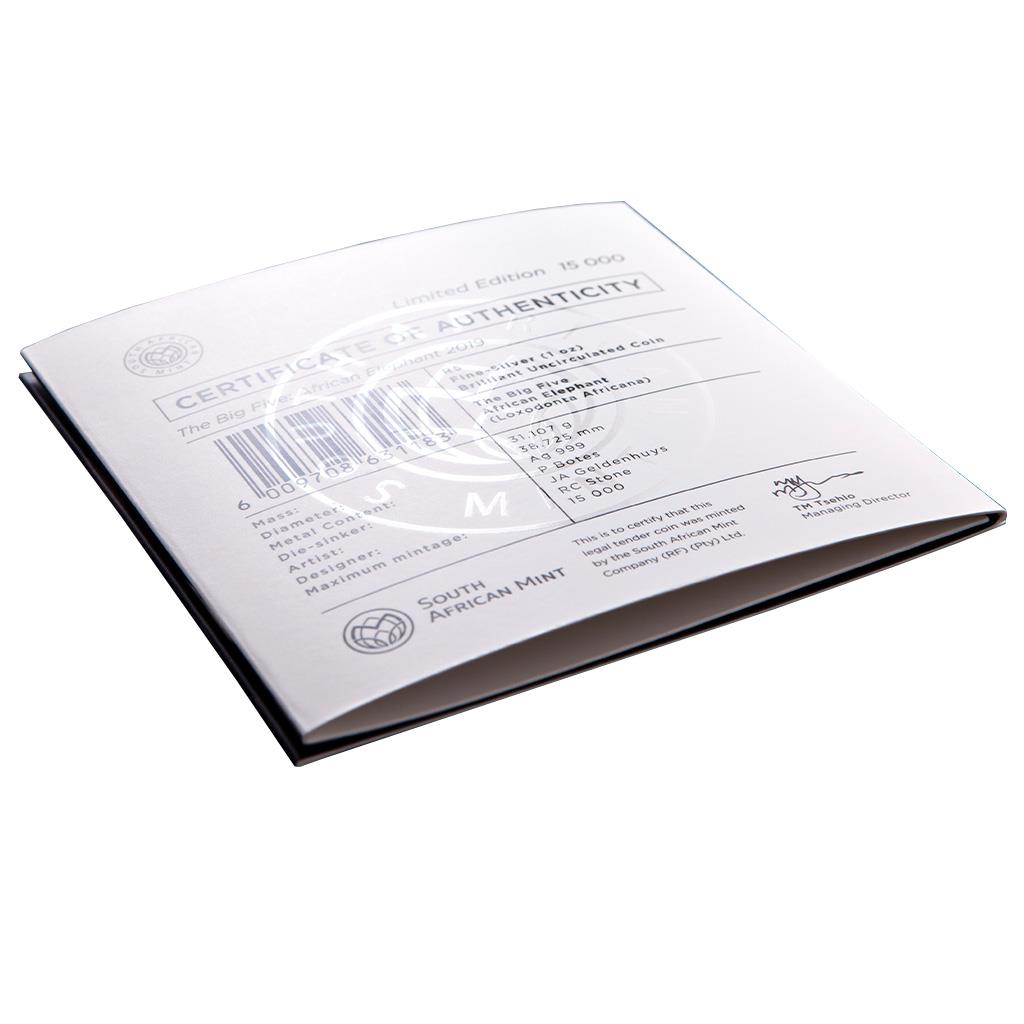 The new series "Big Five" by the South African Mint is a celebration of Africa’s natural heritage. The first issue in this series is dedicated to the elephant. The African Elephant is a symbol of majestic strenght and family unity. It is also one of our most intelligent species and the largest land animal on earth. The uncirculated coin made of one ounce 99,9% silver features the impressive head of an African Elephant and under it the South Africa‘s coat of arms and the inscriptions ‚SOUTH AFRICA‘, and ‚BIG FIVE 2019‘. The reverse of the coin features two halves of an elephant portrait so that when two of the coins are placed next to each other, a complete close-up portrait of an elephant is seen; by placing many of these coins next to each other, a herd of elephants can be seen. This first issue of the Big Five Series comes in an illustrated blistercard.