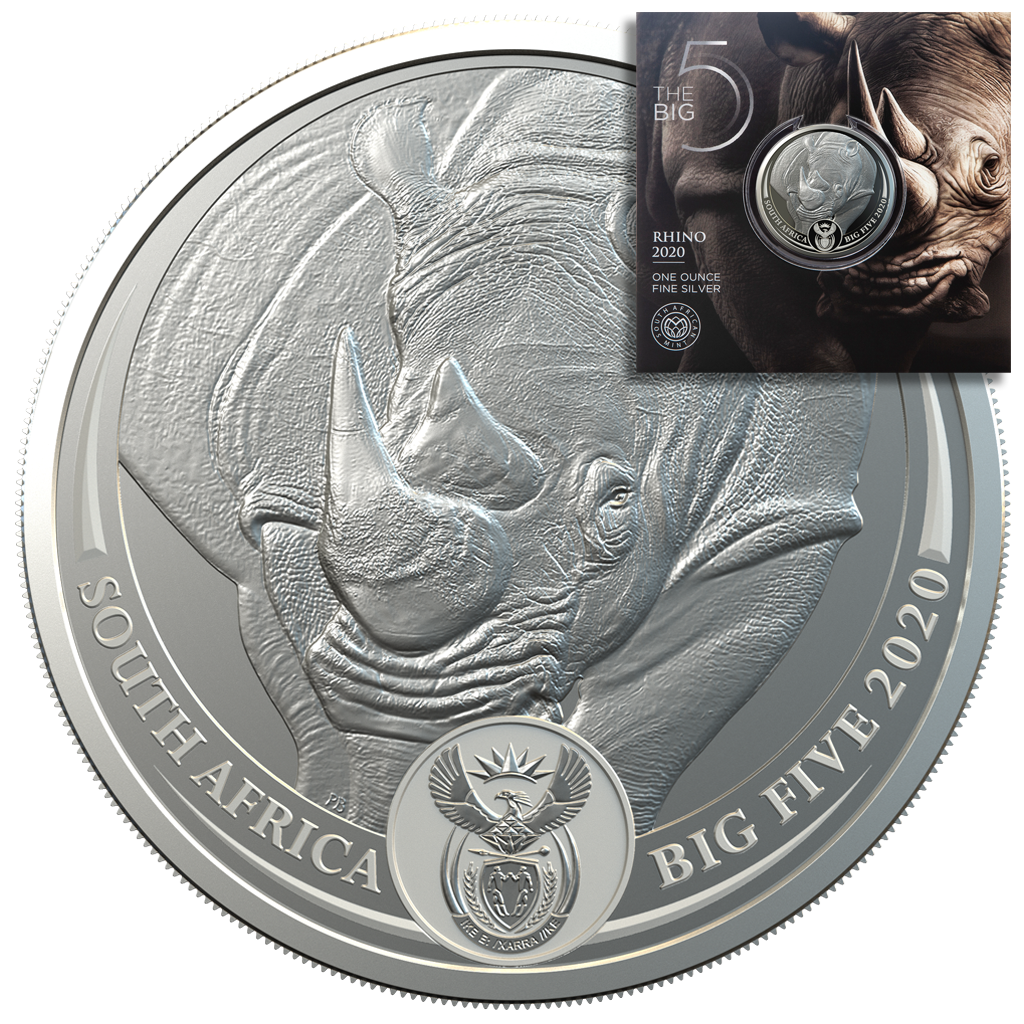 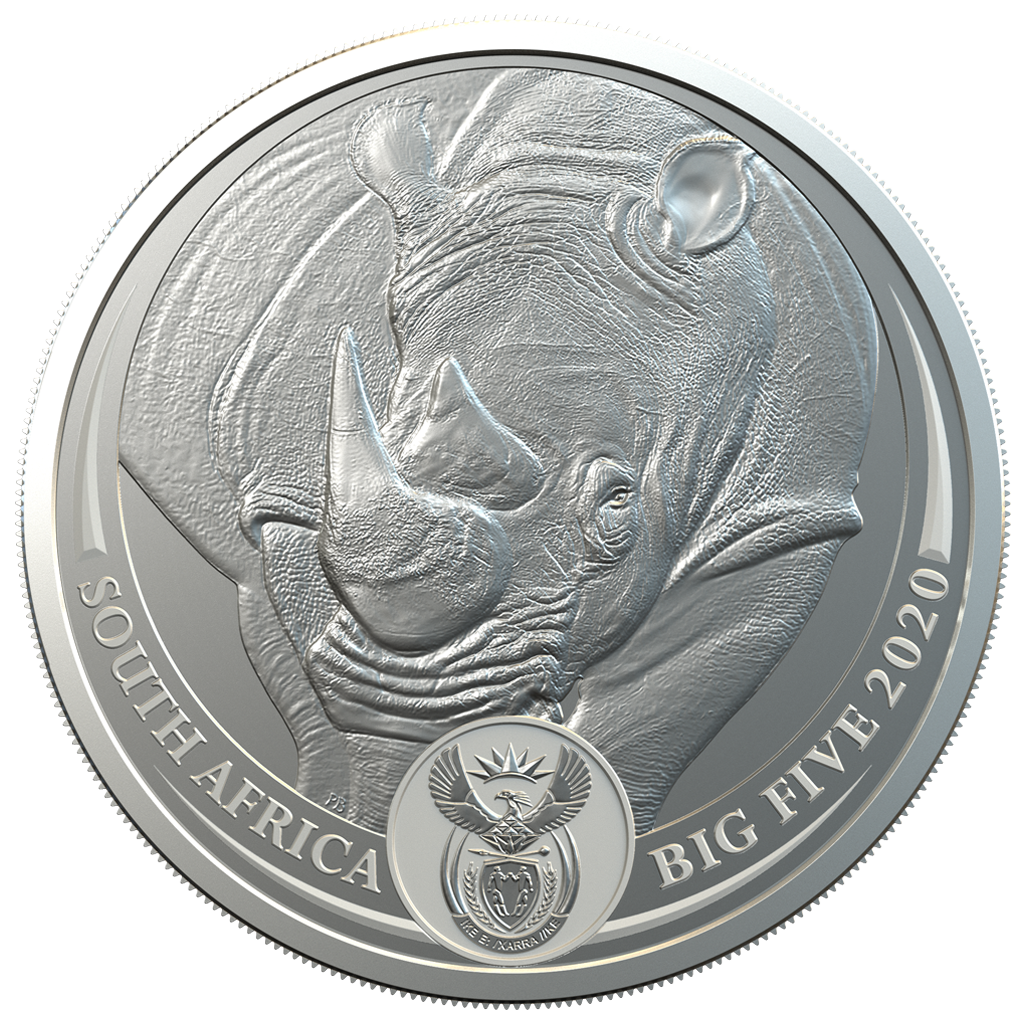 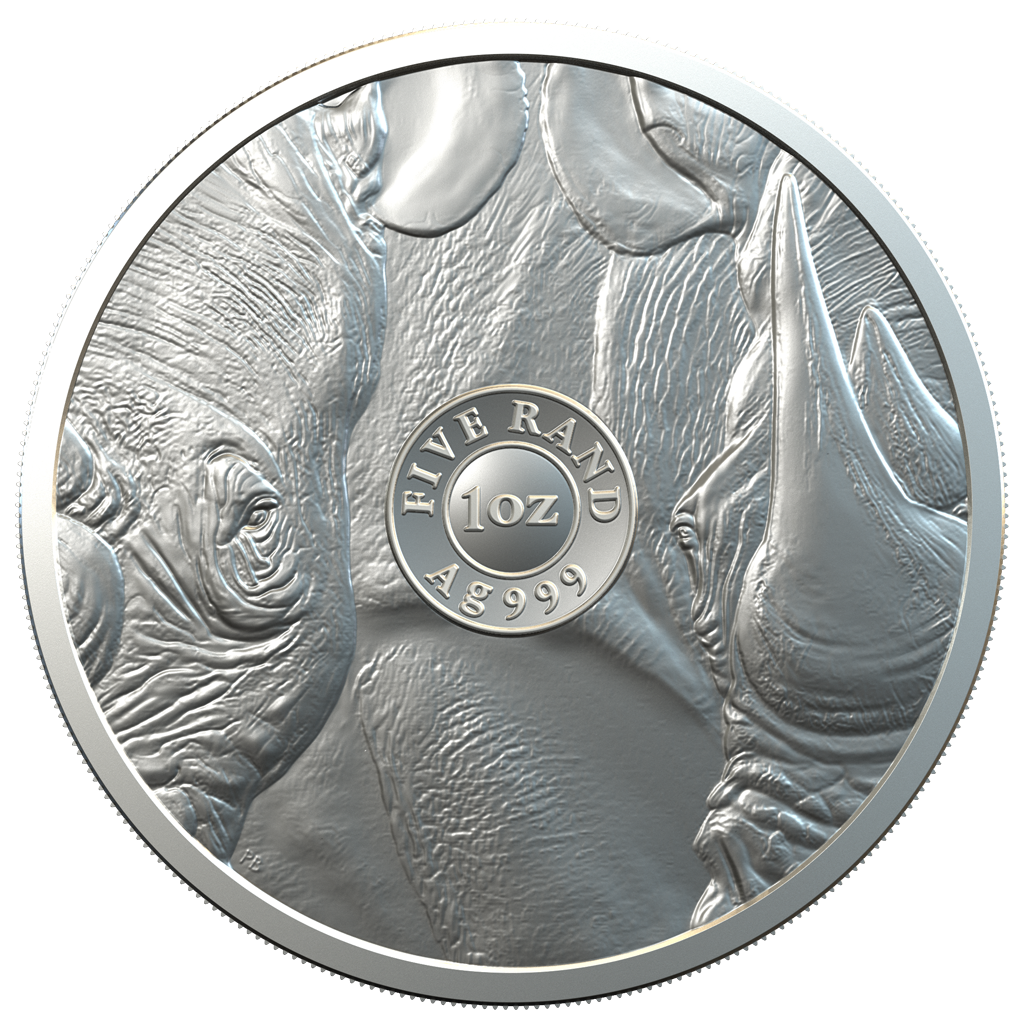 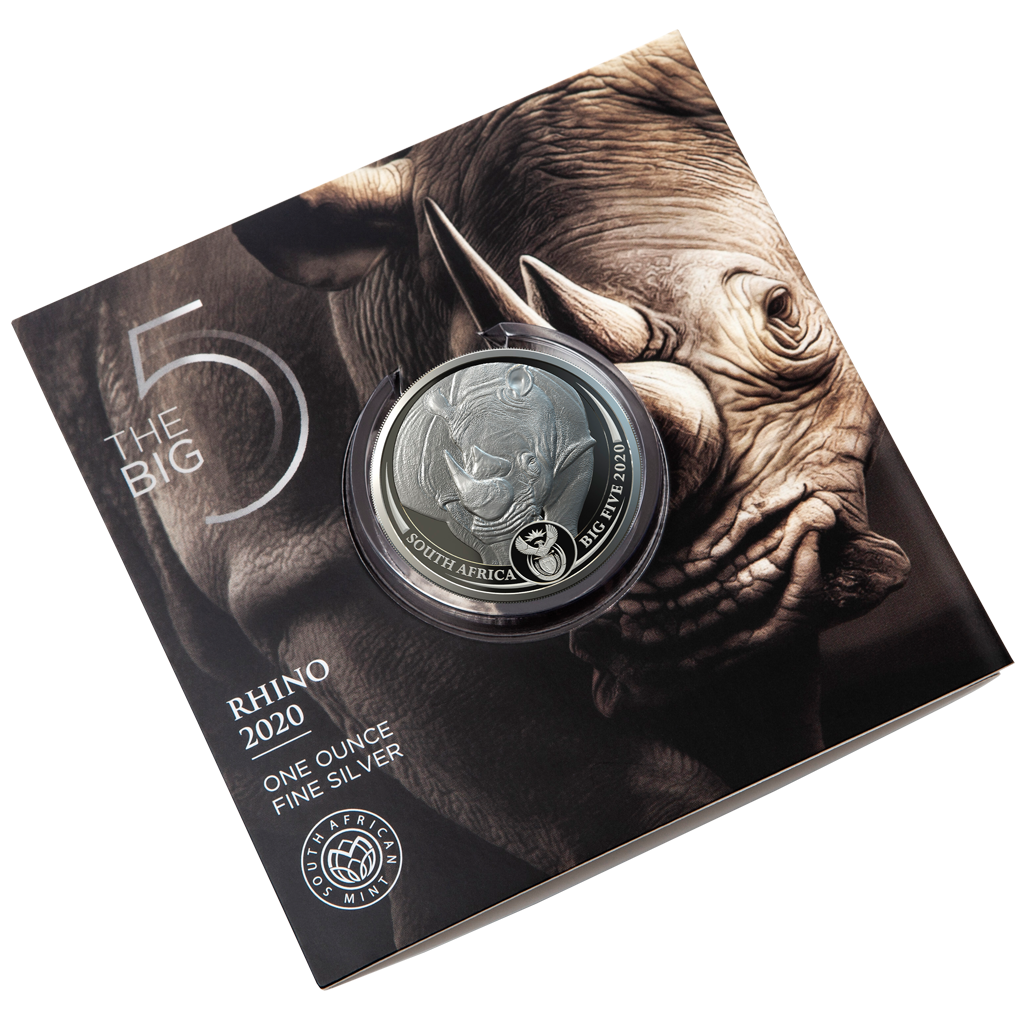 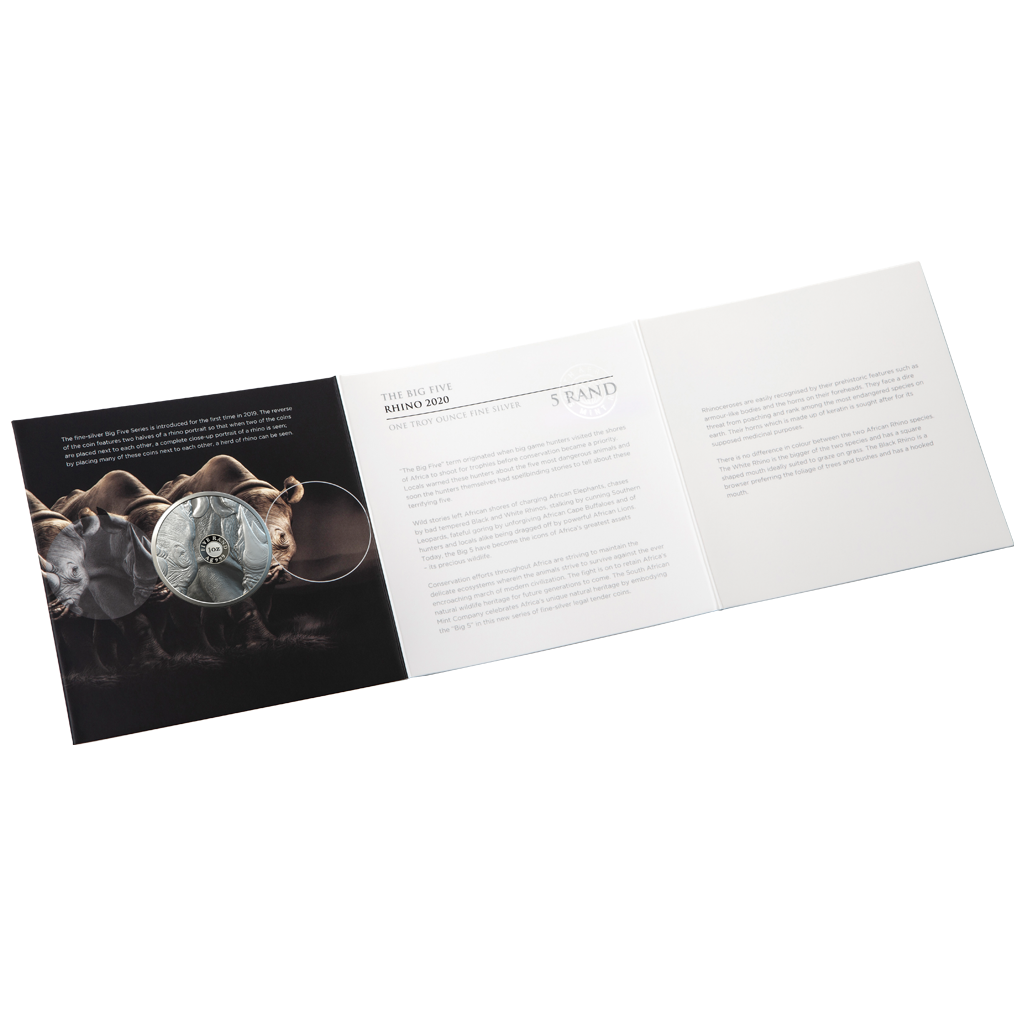 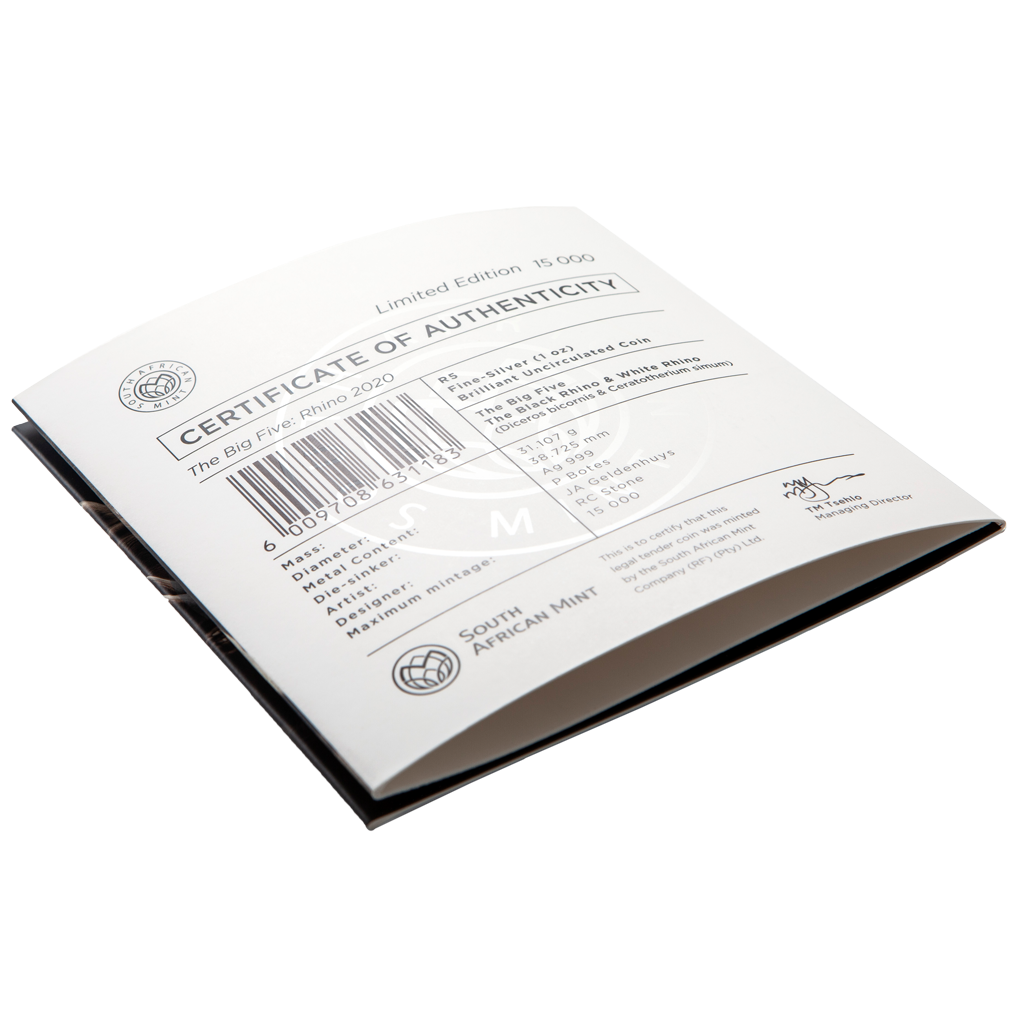 The South African Mint dedicates the third issue in the popular Big Five Series to the Rhino. South Africa is justifiably proud of its extraordinary wildlife. The animals known as "Big Five" - Elephant - Lion - Buffalo - Rhino - Leopard - are landmarks and ambassadors of this culturally rich country. The motive of the silver coin features the impressive portrait of a rhino. Also included in the design are the inscriptions "South Africa", "Big Five 2020" and South Africa’s national coat-of-arms. The reverse of the silver bullion coin features two halves of a rhino head. When two of the coins are placed next to each other, a complete close-up portrait of a rhino can be seen. By placing many of these coins next to each other, a whole herd of rhinos can be seen. The limited Big Five silver coin in uncirculated quality is delivered in an illustrated blistercard.