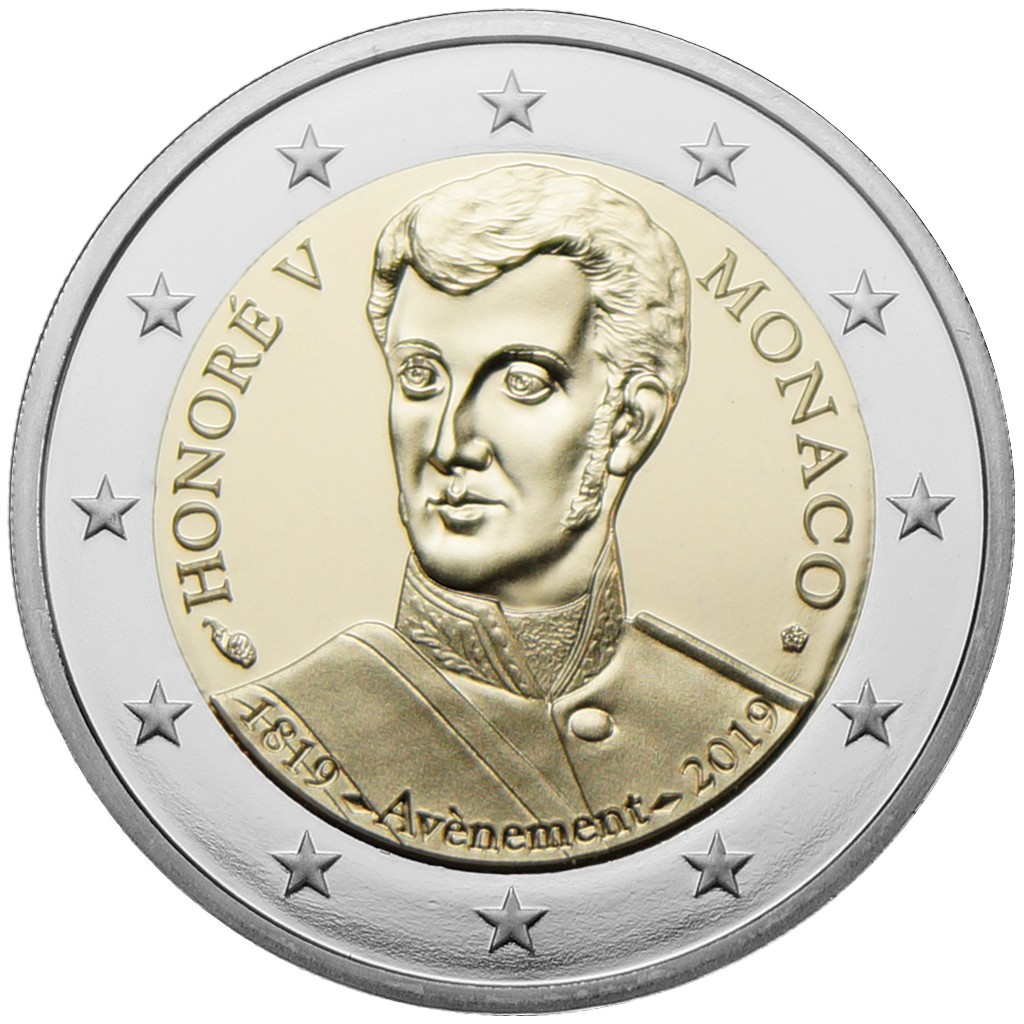 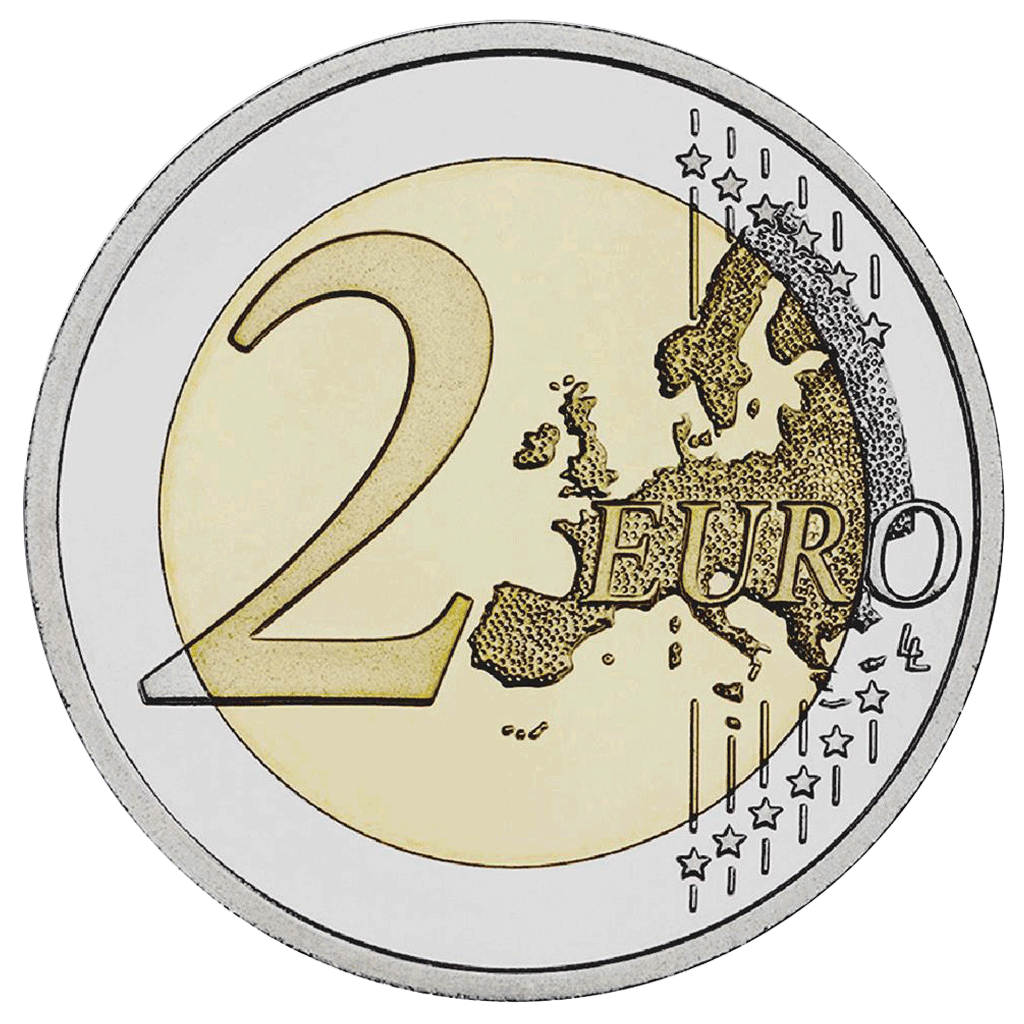 Prince Honoré V. - 200th Anniversary of the Accession to the Throne
2 Euro - Proof

This 2019 2 Euro commemorative coin from Monaco is dedicated to the 200th Anniversary of the Accession to the Throne of Prince Honoré V. The motive features the portrait of Prince Honoré V. On the left is the inscription "HONORÉ V" and on the right is the name of the country "MONACO". At the bottom of the motive there is the inscription "1819 - Avènement - 2019". The outer ring of this 2-Euro commemorative coin depicts the twelve stars of the European flag. This special collector coin from the Principality of Monaco was struck in the highest proof quality and is limited to only 15,000 pieces. Prince Honoré V. was reigning Prince of Monaco from 1819 until his death in 1841. Through a tight governance, he tried to improve the poor economic situation of the Principality - sometimes at the expense of the people. In 1833, there were protests from the people in Menton against him. Since Honoré V. died childless in 1841, his brother Florestan took over the reign after his death. The 2 Euro coin 200th Anniversary of the Accession to the Throne of Prince Honoré V. is delivered in the original box including a certificate.

Please take a look at our other Issues