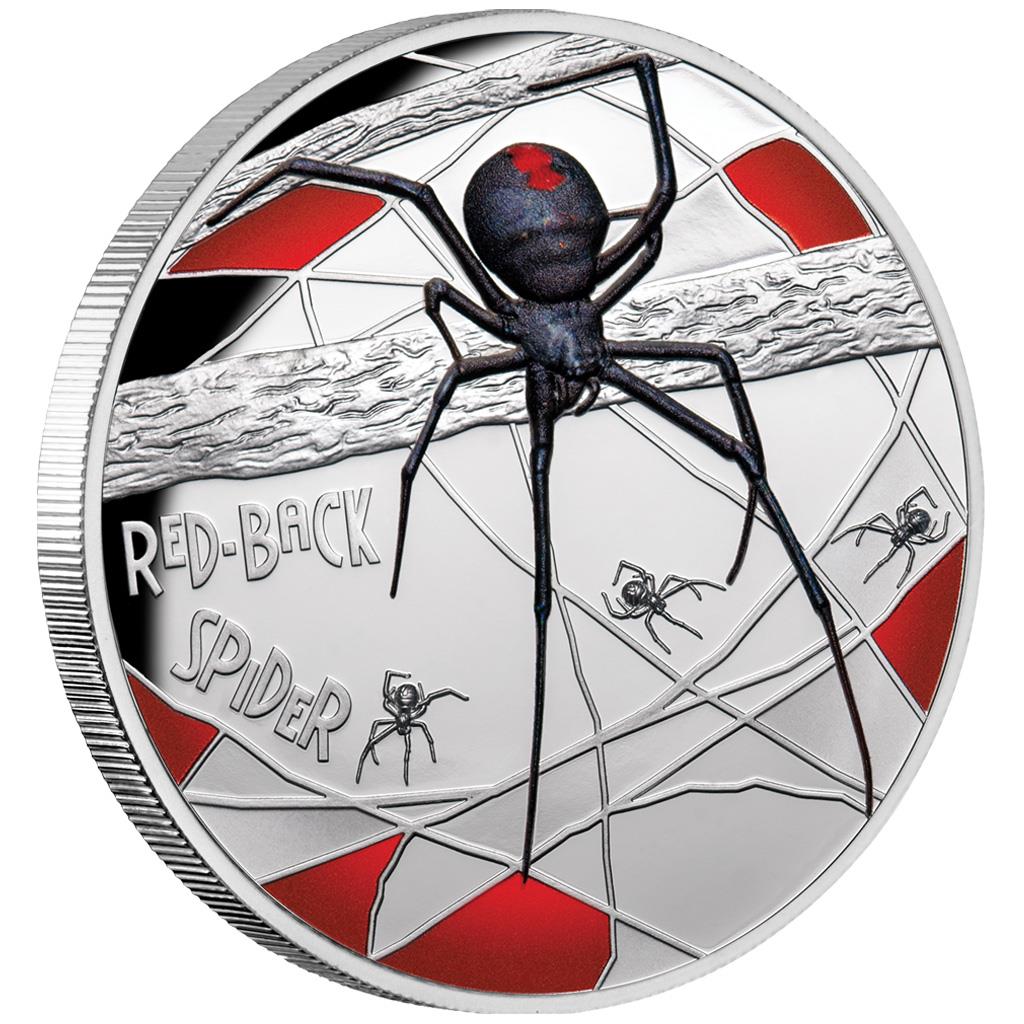 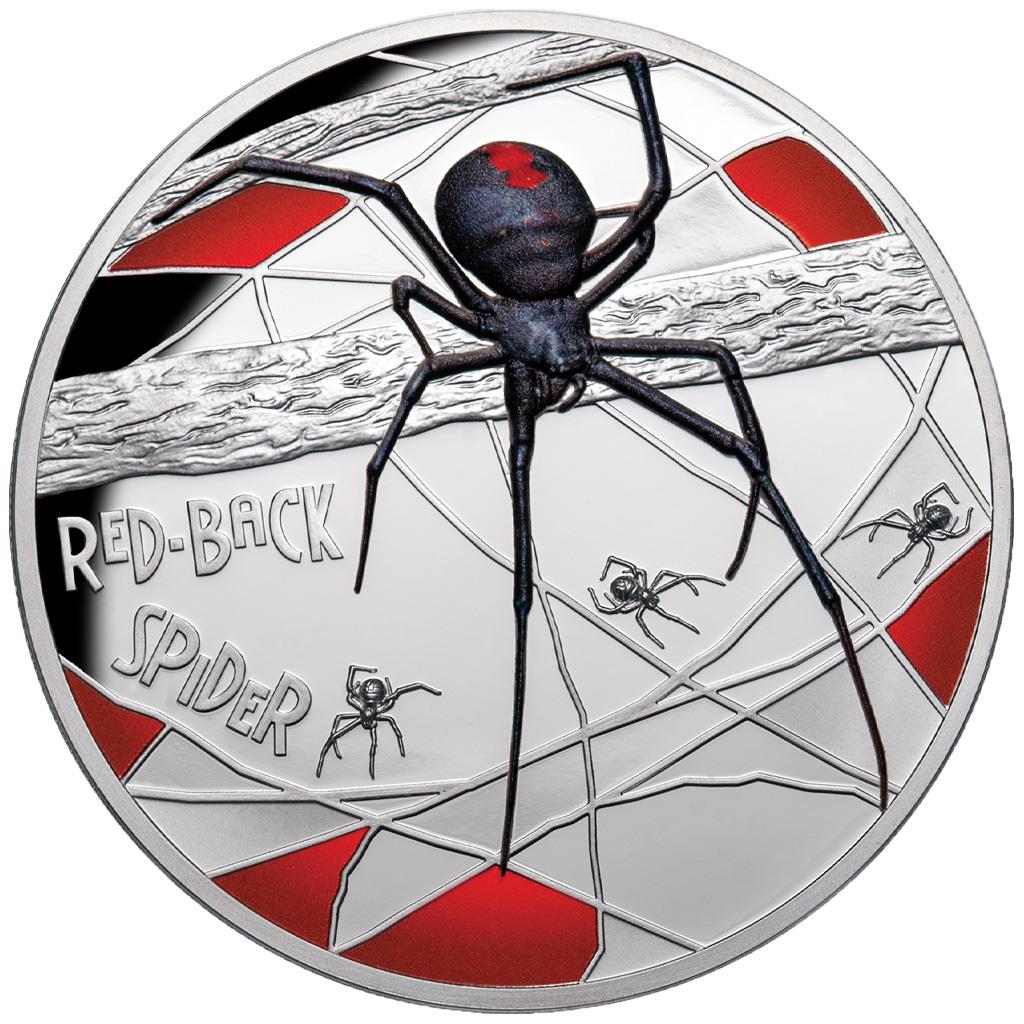 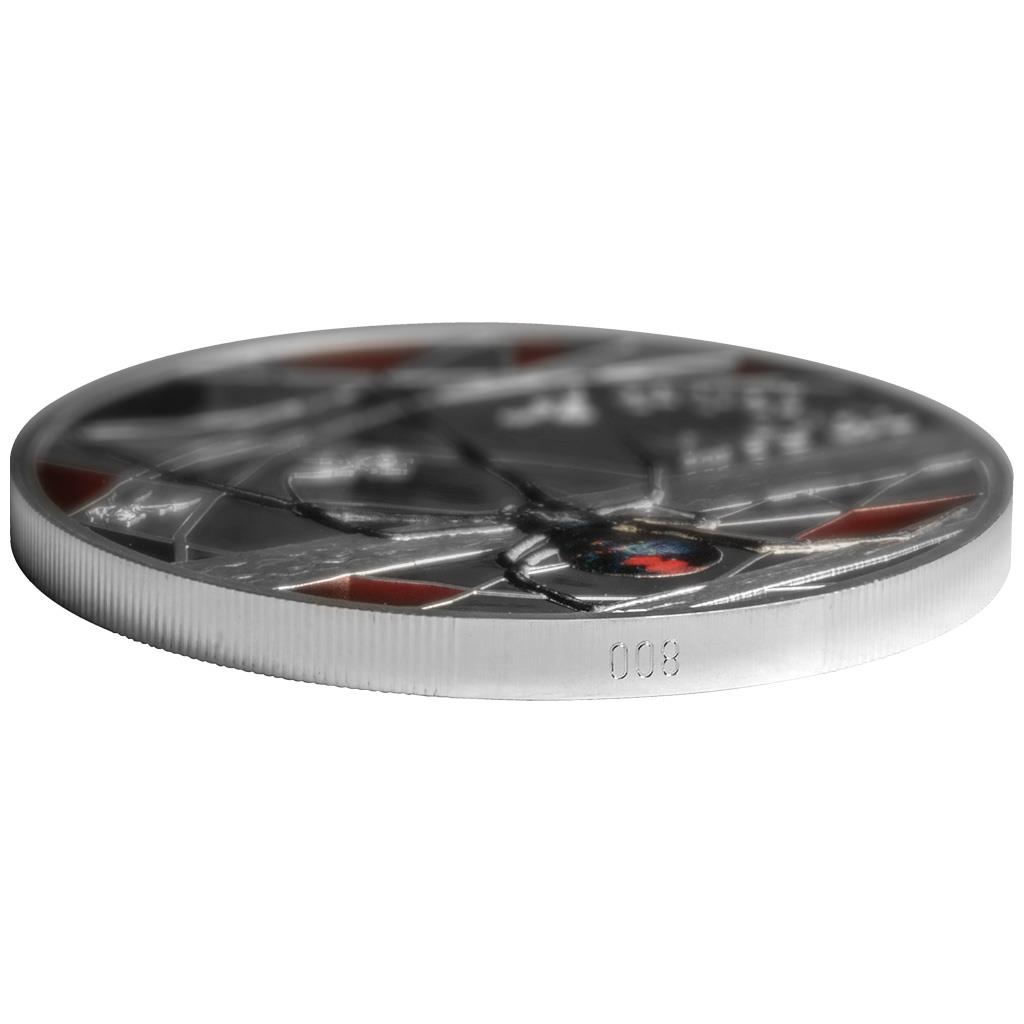 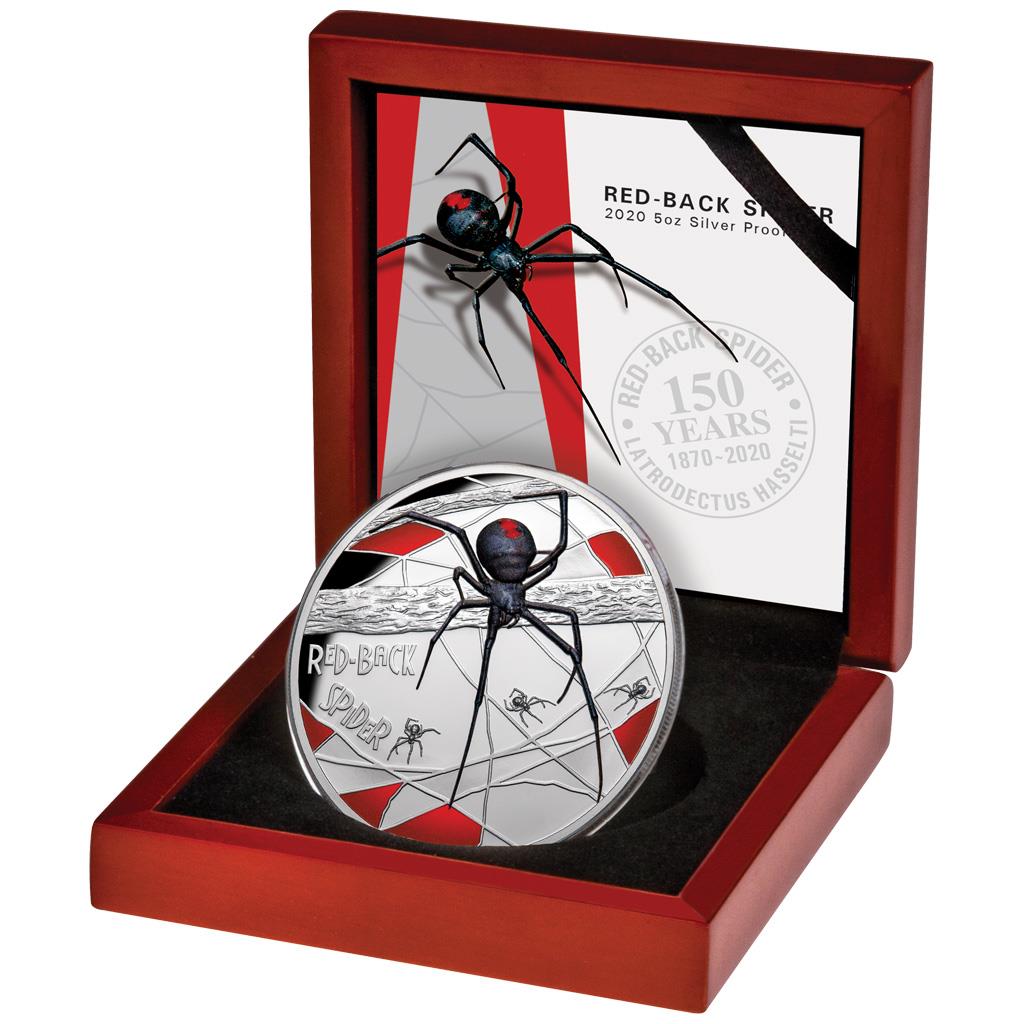 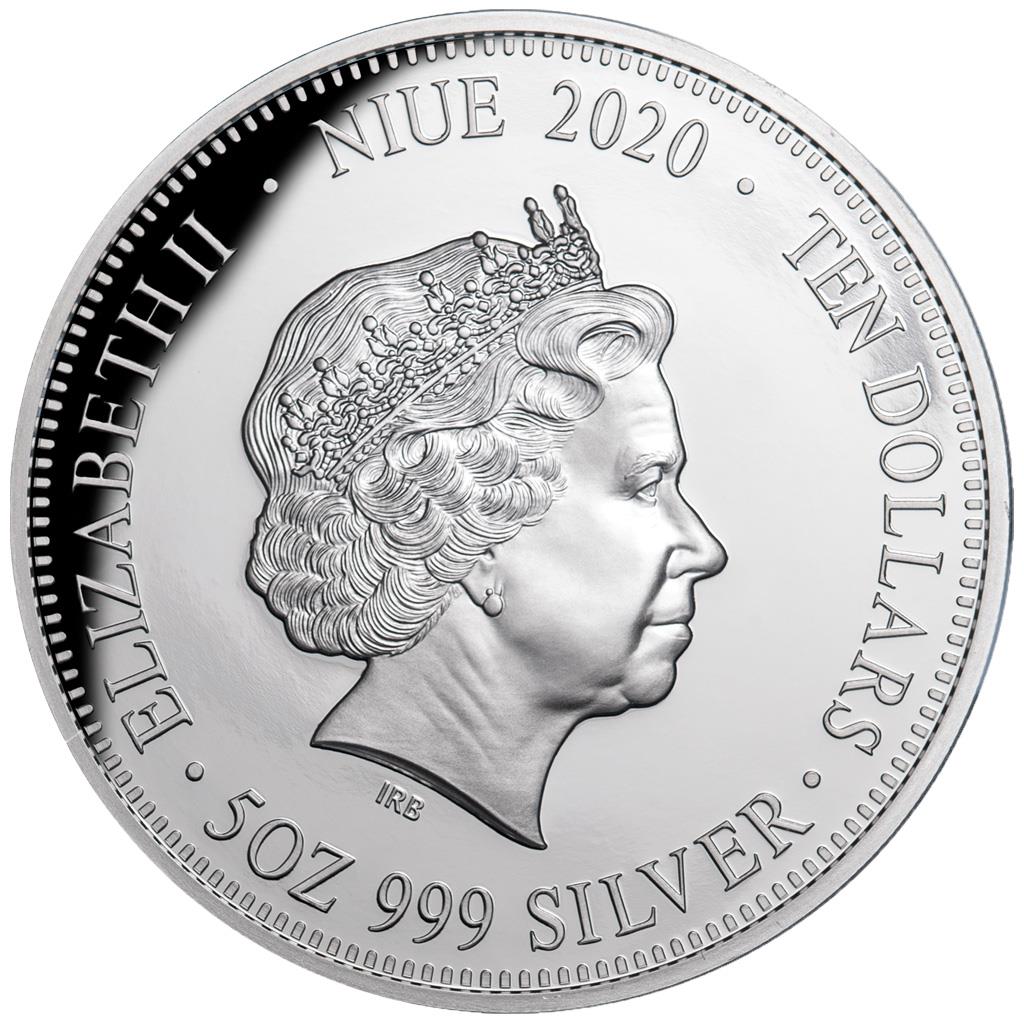 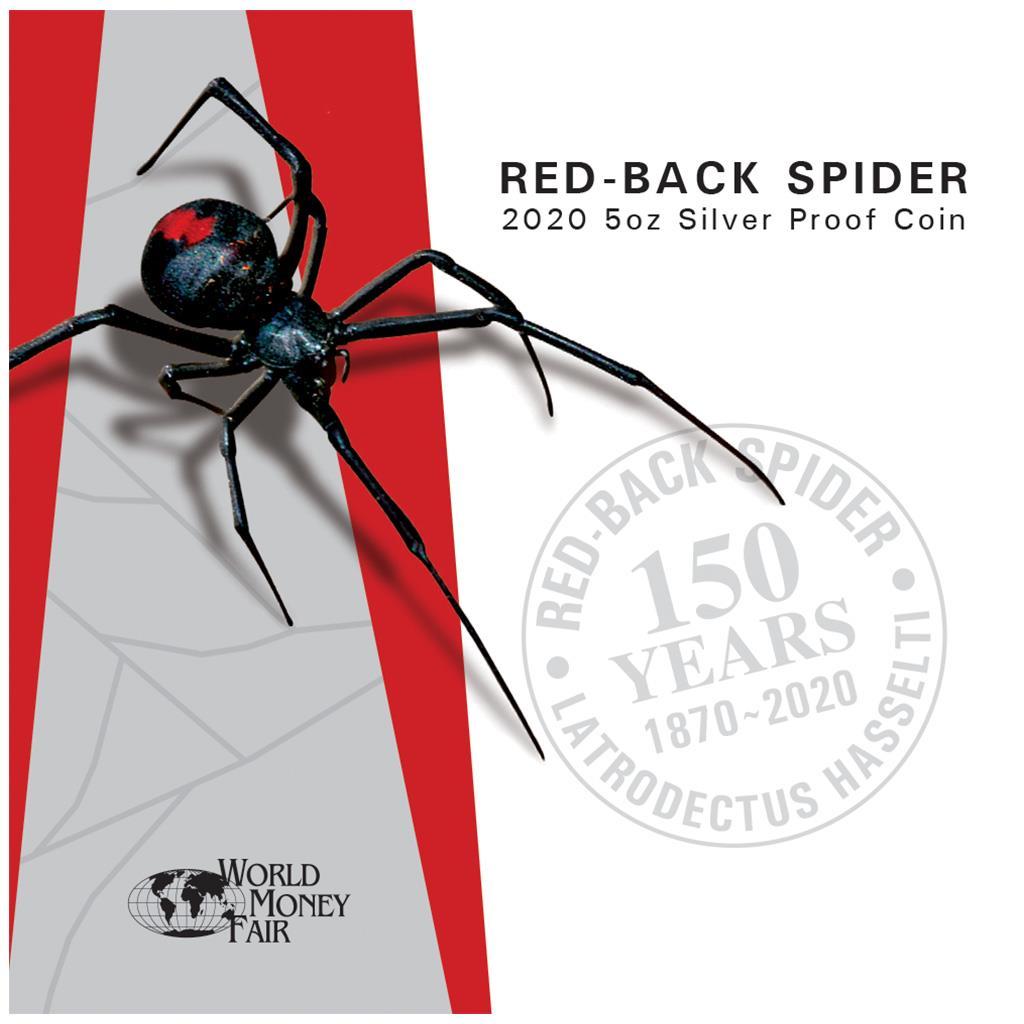 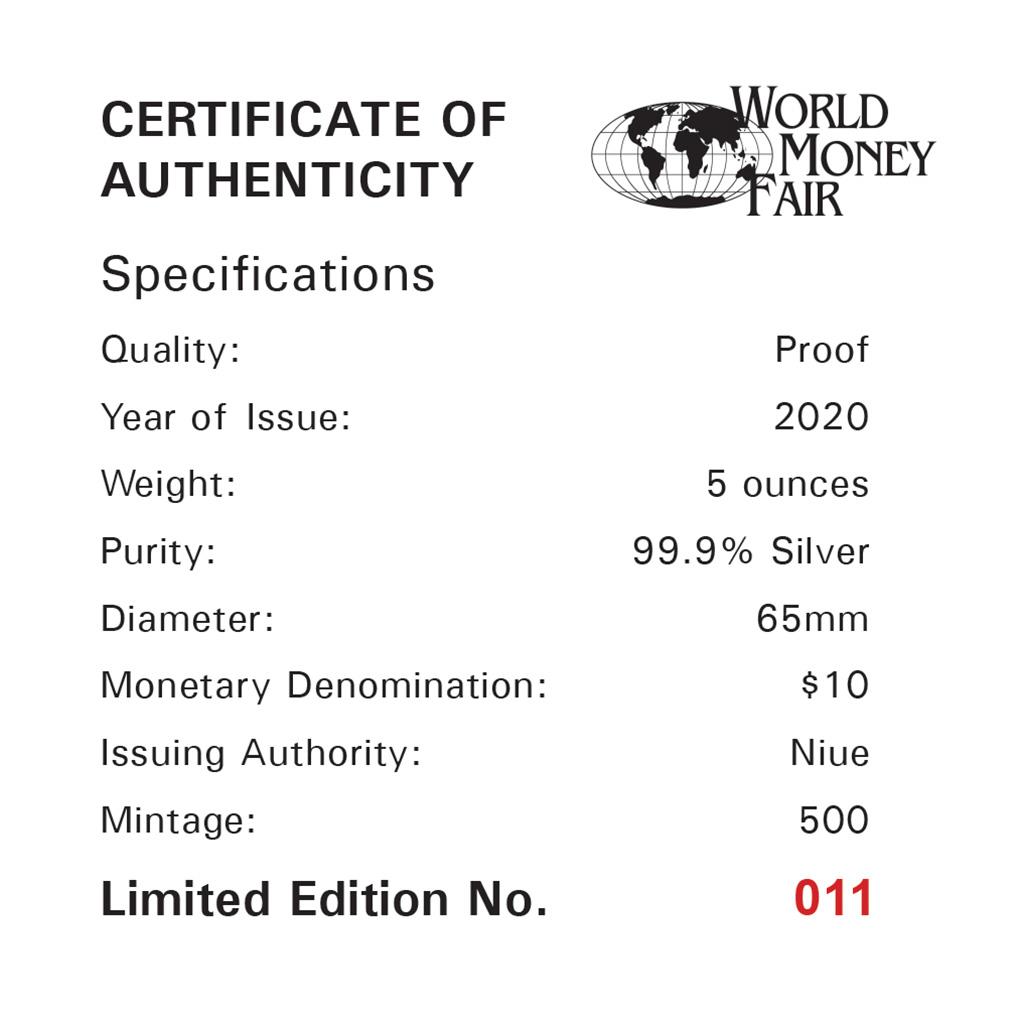 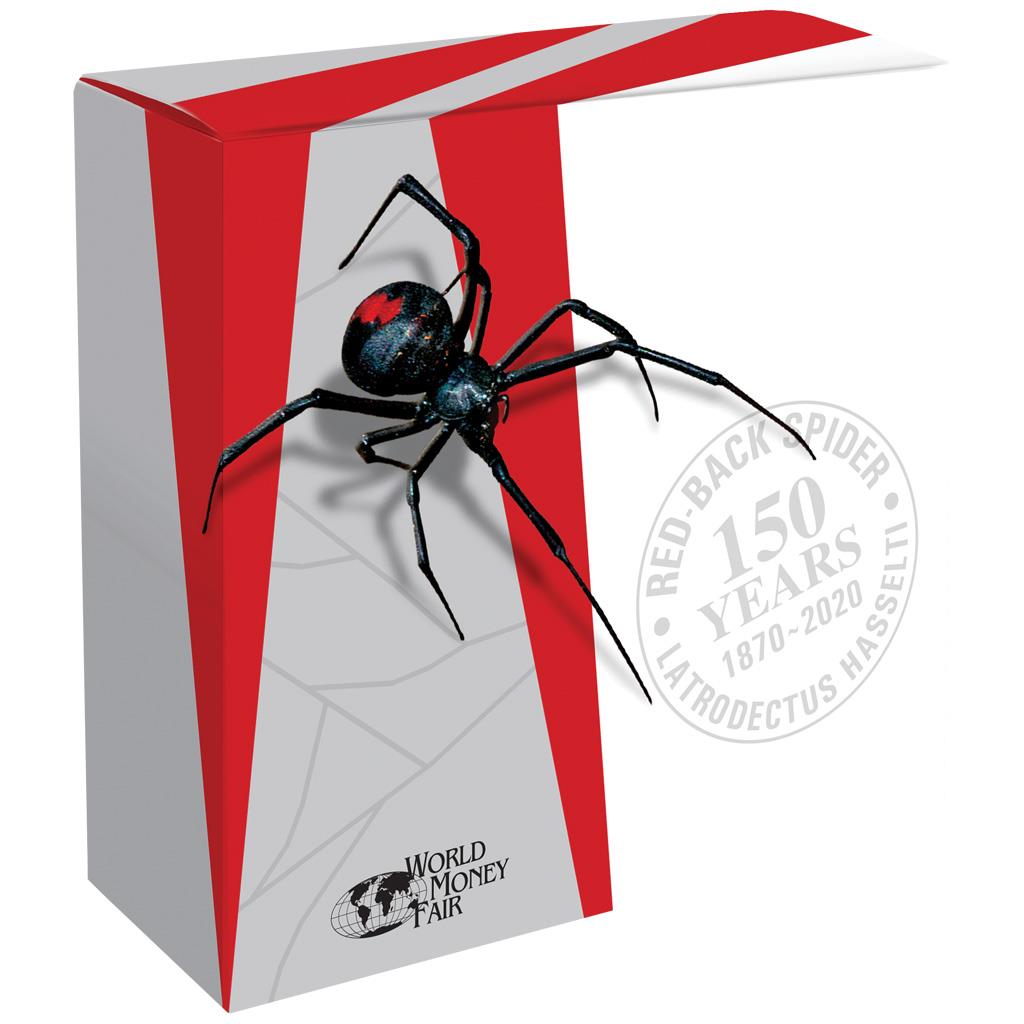 The silver coin in color features the famous coin design of the Deadly and Dangerous Red Back Spider. The first edition of the Red-Back Spider silver coin was released in 2006. All coins were sold out quickly. To celebrate the 150th Anniversary of its discovery, the coin has now been struck from 5 Oz of silver for the first time. The Red-Back Spider is one of the few spider species that can be seriously harmful to humans. Its most striking feature is the orange to red stripe on the back. The strictly limited Anniversary edition in 5 oz silver proof color is delivered in the original wooden box including a certificate of authenticity.