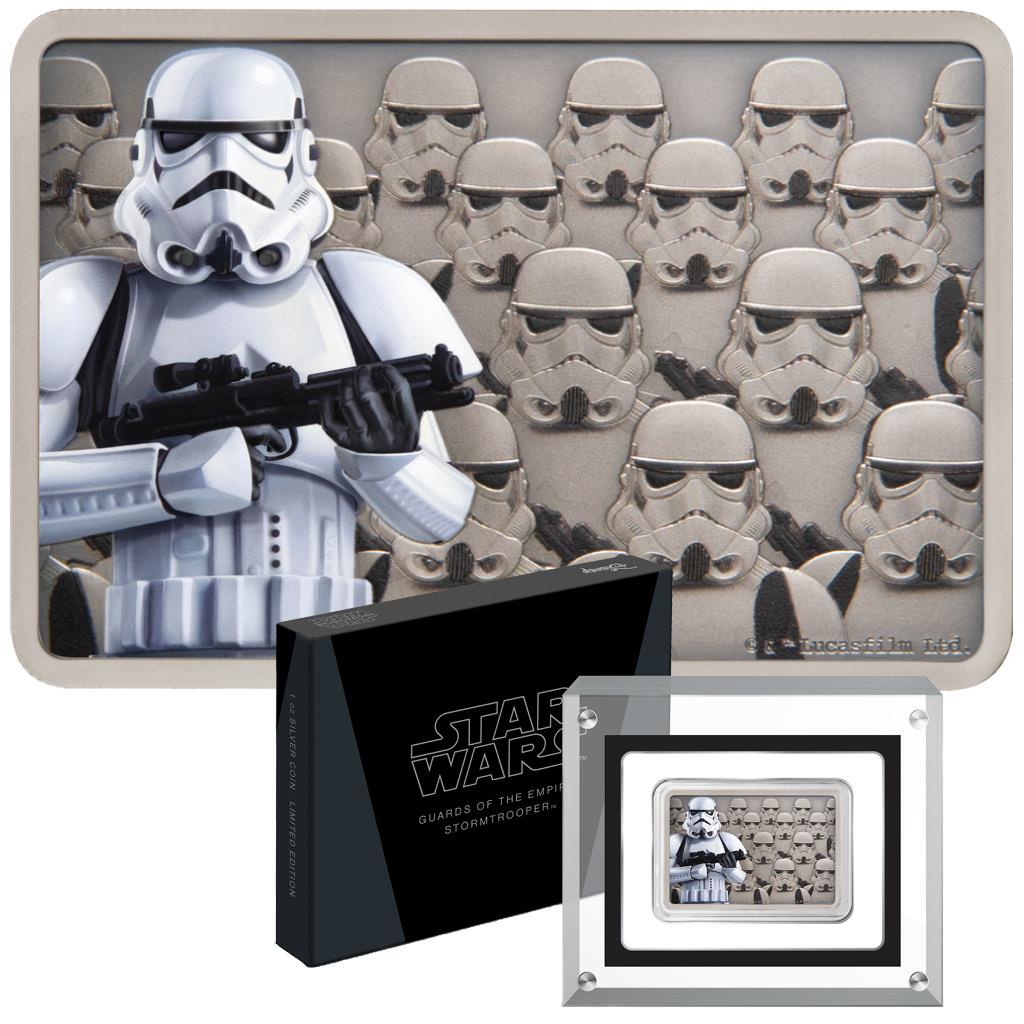 The first issue of the new 'Star Wars™ - Guards of the Empire™' Series is dedicated to one of the elite troops of the Empire - the Stormtroopers™. The motive of the coin in Antique Finish depicts a menacing colored Stormtrooper™ with his blaster rifle in front of a horde of the infamous so called “bucketheads™”. The reverse shows the effigy of Her Majesty Queen Elizabeth II. The Stromtroopers™ are elite troops of the Galactic Empire™. They are fanatically loyal and attack in hordes to overwhelm their enemies, wielding blaster rifles and pistols. The strictly limited rectangular coin is delivered in a clear acrylic case with a STAR WARS™ themed outer box. Also included is a numbered certificate of authenticity from the New Zealand Mint.

Please take a look at our other Issues