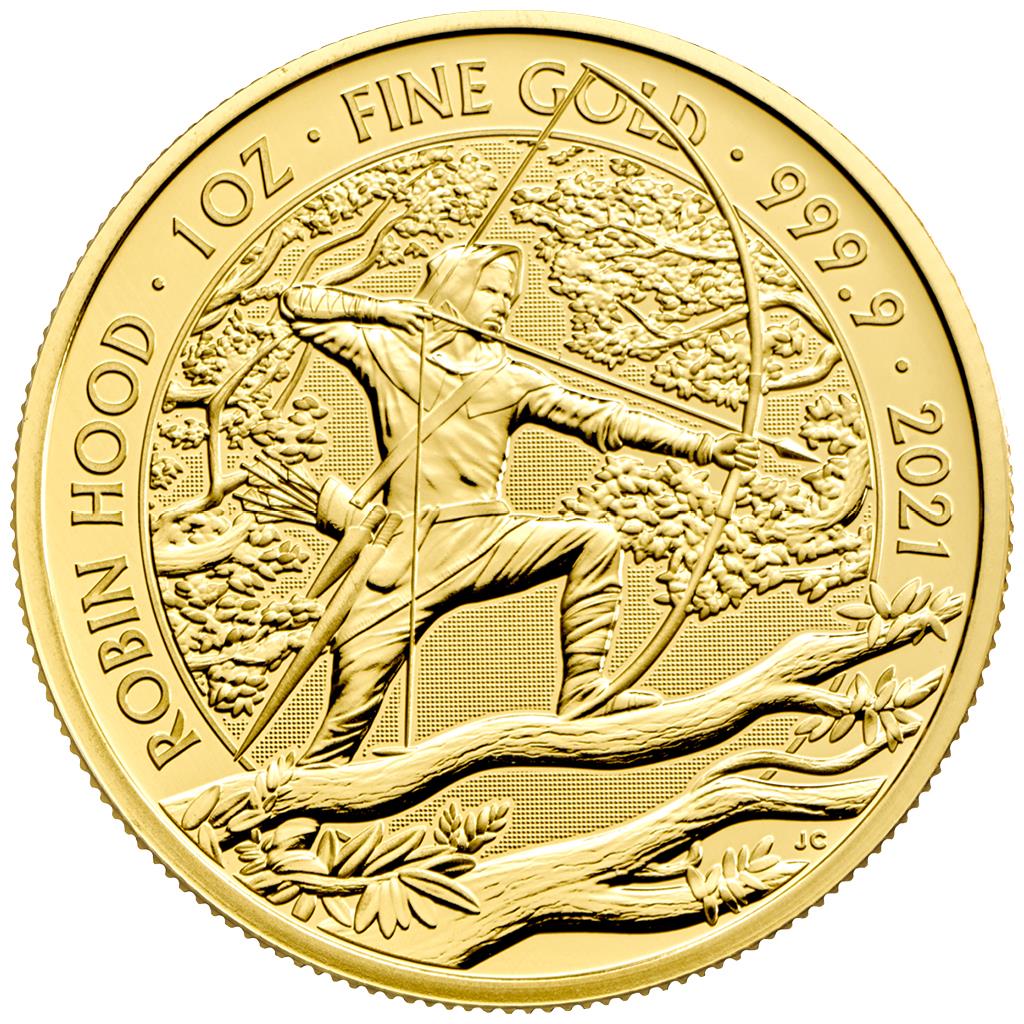 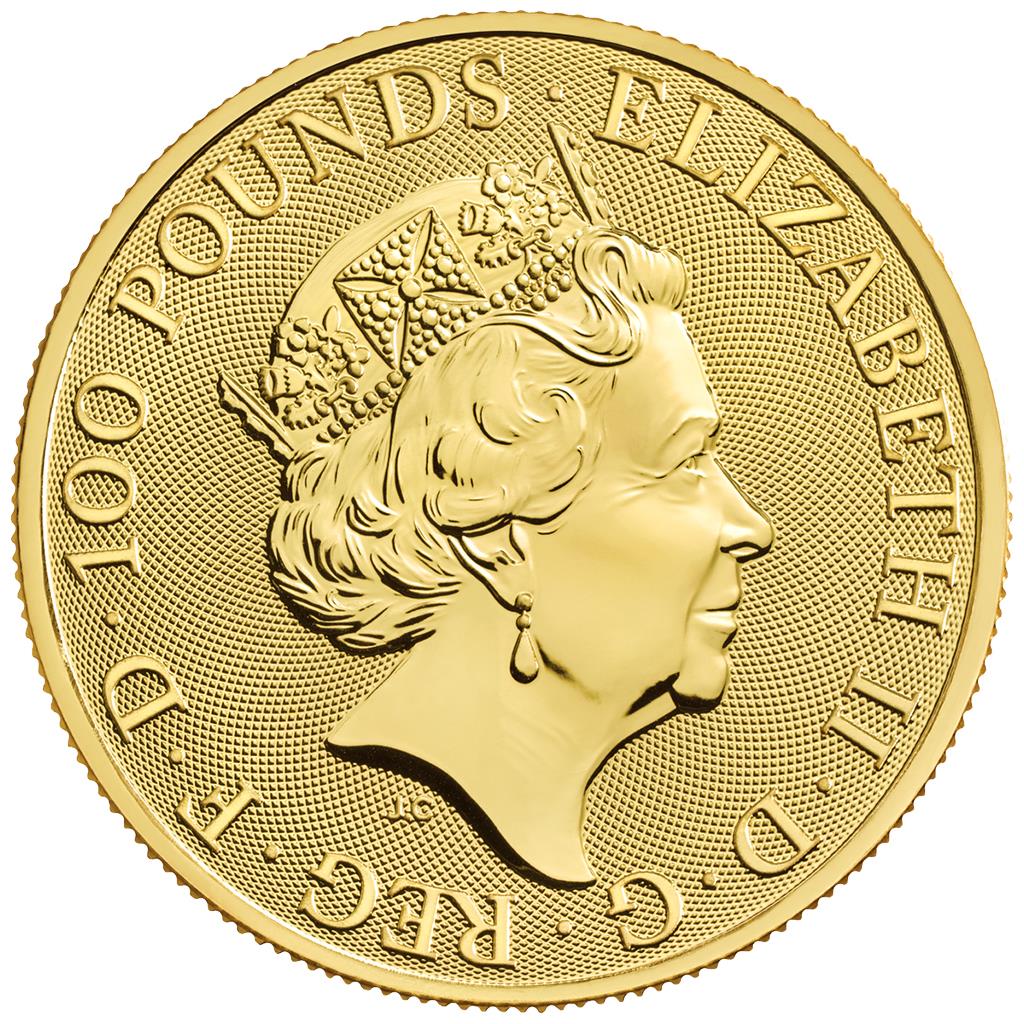 The new Series Myths and Legends deals with famous figures of British folklore. The first issue is dedicated to Robin Hood. The motive shows a depiction of the heroic outlaw with a cocked bow and quiver of arrows. He is perched high in a tree - a typical depiction of Robin Hood in traditional tales. The inscriptions "ROBIN HOOD", "1 OZ", "FINE GOLD", "999.9" and "2021" are also part of the design. The reverse features the portrait of Queen Elizabeth II and the denomination "100 Pounds". Robin Hood is particularly distinguished by his strong sense of social justice - he takes from the rich and gives to the poor. At the same time, he resists tyrannical authorities. With his accomplices, the so-called "Merry Men" - Little John, Will Scarlett, Friar Tuck, Much and Maid Marian - Robin Hood is said to have lived in Sherwood Forest, near Nottingham. As popular as the stories about the talented archer are, the question of his true existence remains unsolved to this day: historians cannot confirm that the legend of Robin Hood is actually true. Nevertheless, the fascination for the legendary outlaw remains unbroken: He is portrayed in more than 100 films as well as numerous books and television series. The gold bullion coin was struck by the Royal Mint from one ounce of 99.99% pure gold and is delivered in a protective capsule.