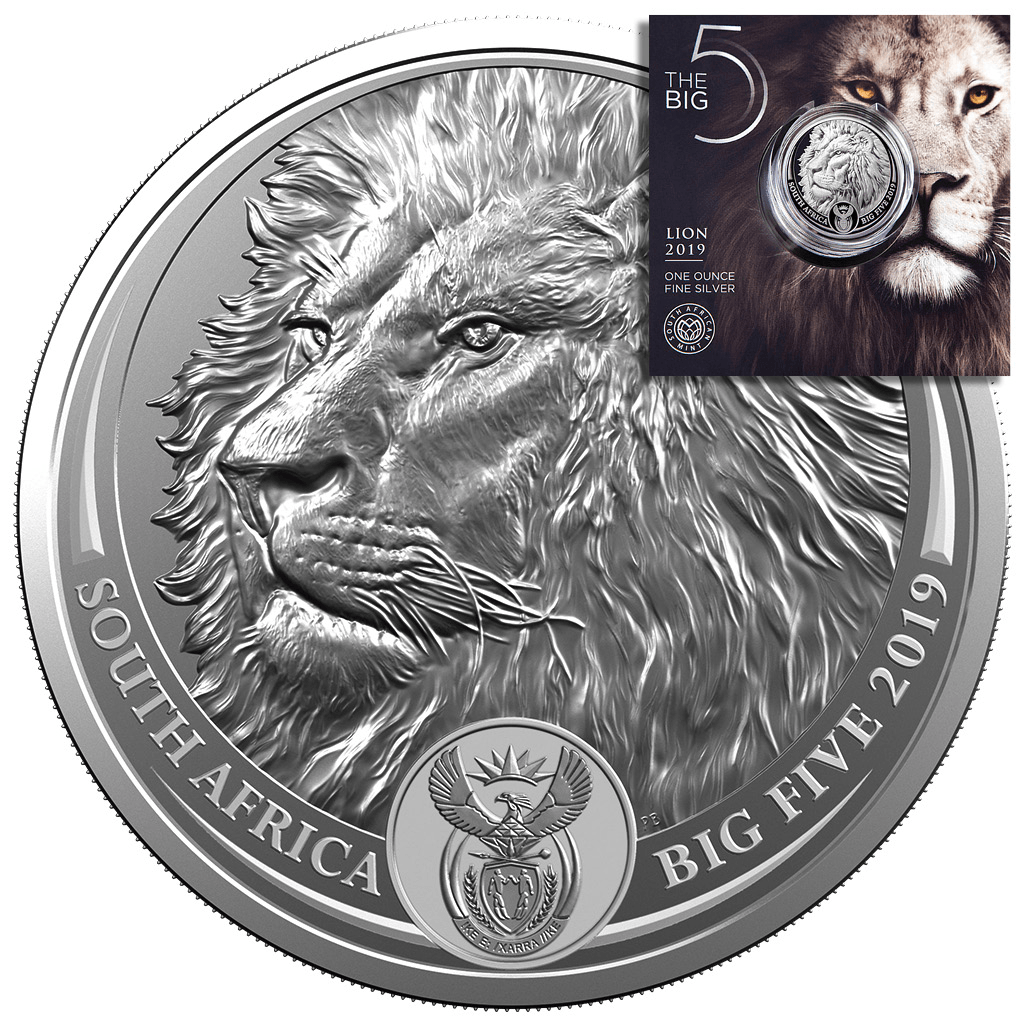 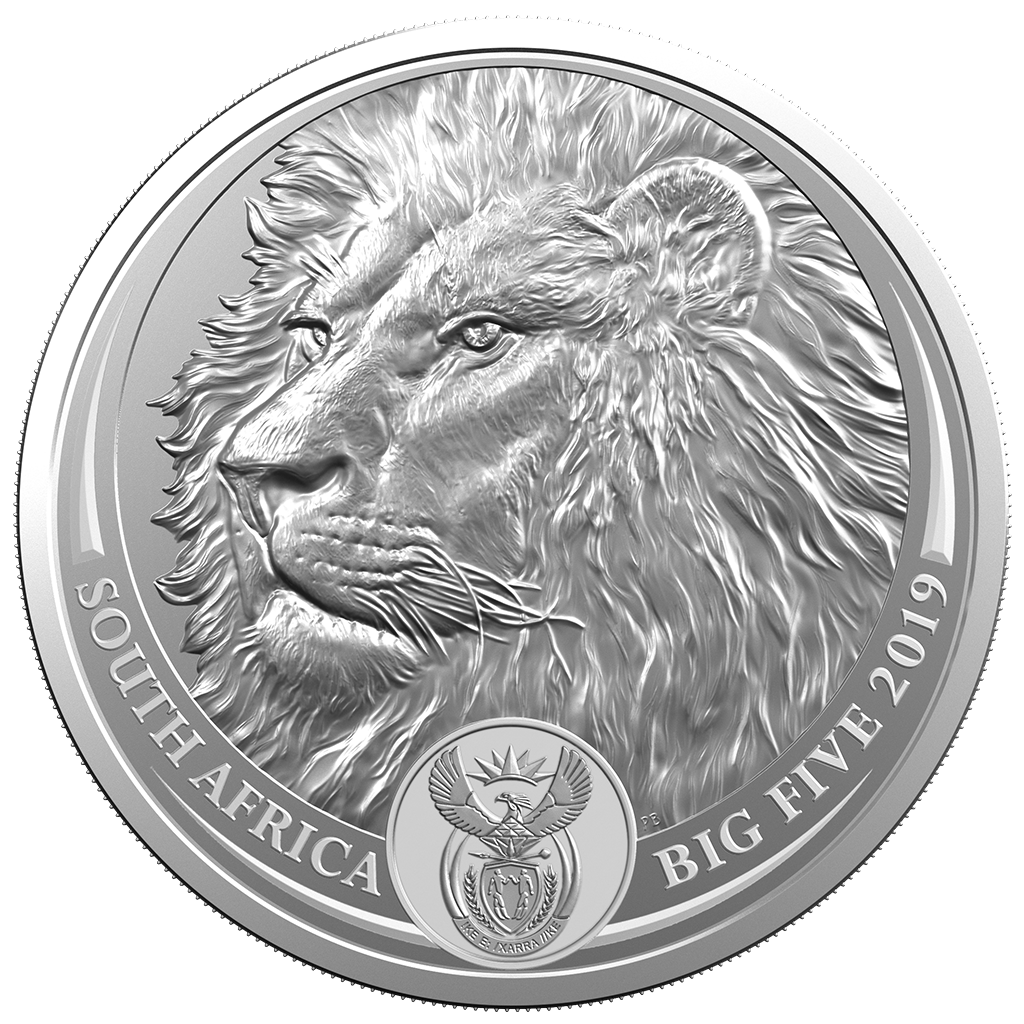 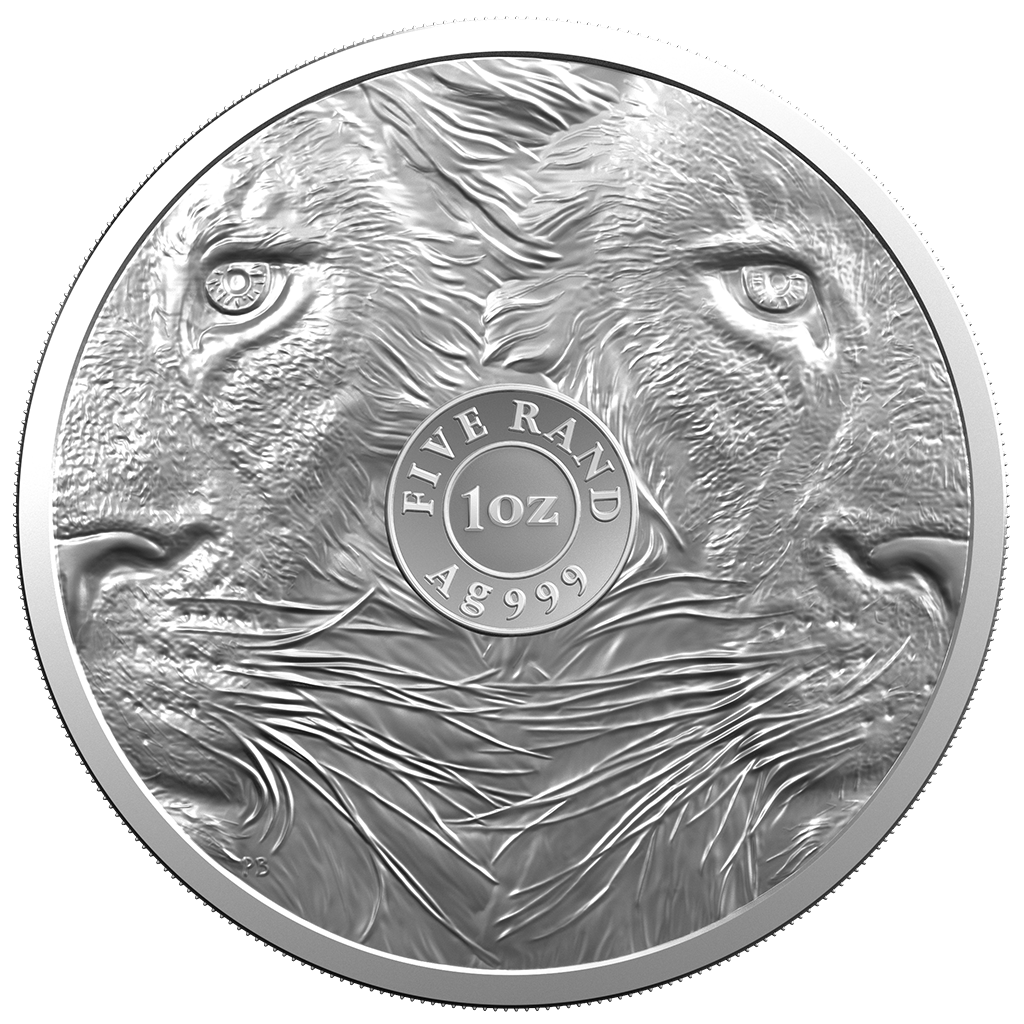 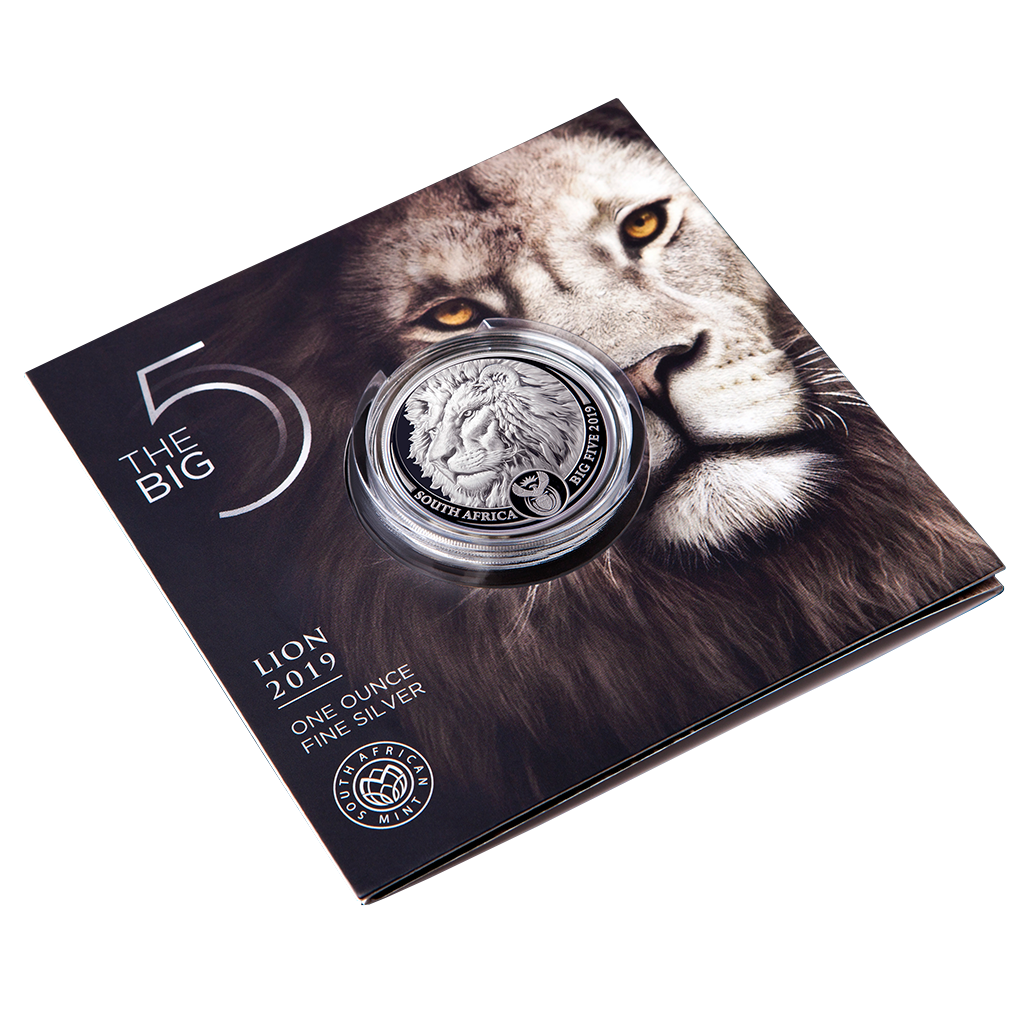 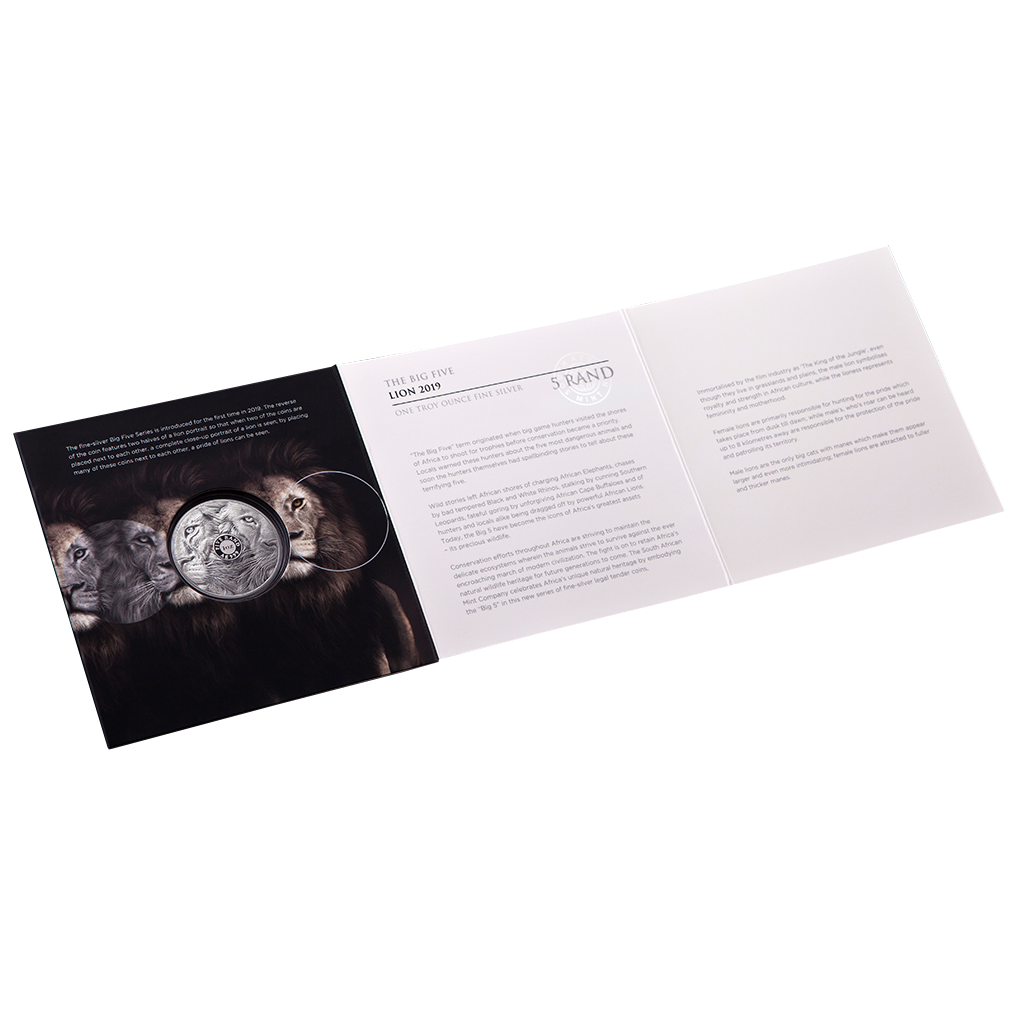 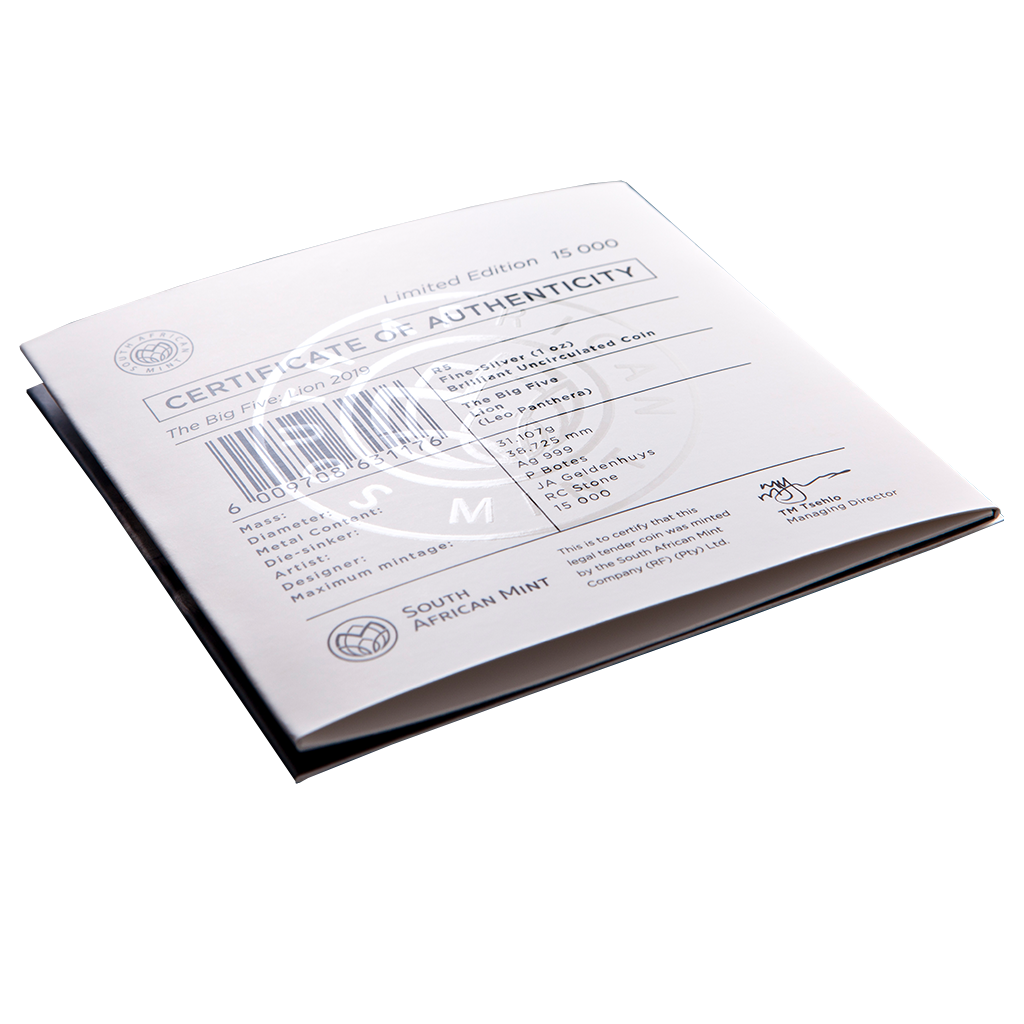 The Big Five is synonamous with South African wildlife. These magnificent animals have been intrinsically linked to South African currency since 1988 when they were first used on the South African banknote range. In 2019 the South African Mint releases for the first time a series of coins which have the Big Five as it’s theme. The so called "Big 5" are the African Elephant, the Lion, the Rhino, the Leopard and the Buffalo. The uncirculated coin made of one ounce 99,9% silver features the impressive head of an African Lion, under it the South Africa‘s coat of arms and the inscriptions‚ SOUTH AFRICA‘, and‚ BIG FIVE 2019‘. The reverse of the coin features two halves of an lion portrait. When two of the coins are placed next to each other, a complete close-up portrait of a lion can be seen. By placing many of these coins next to each other, a whole pack of lions can be seen. This second coin in The Big Five Series is delivered in an illustrated blistercard.